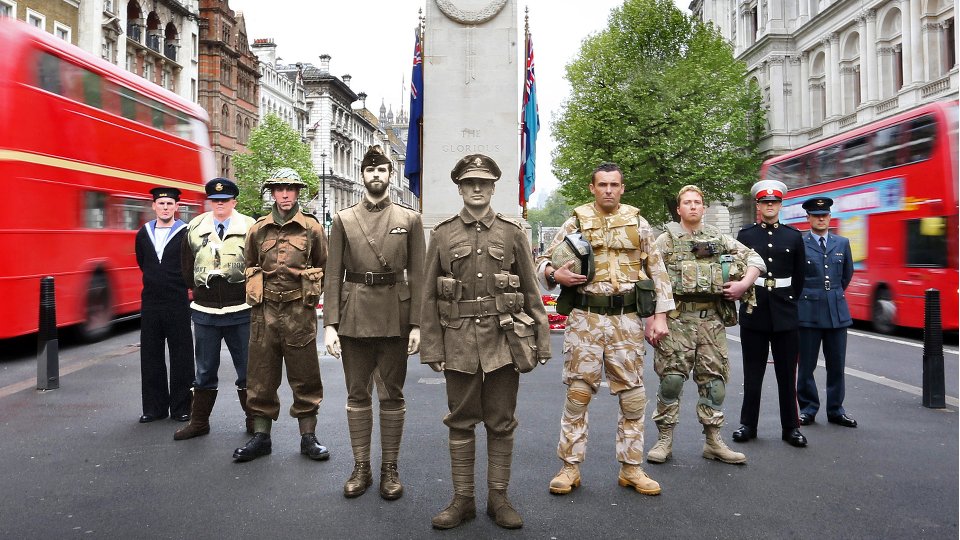 Universal Pictures UK has announced that it is joining forcing with The Royal British Legion to promote a range of DVDs that will raise money for the charity.

Each DVD sold will result in 50p going to the Legion over the next 12 months. To mark the announcement ex-Servicemen gathered outside The Cenotaph memorial in London on Monday in a range of Army uniforms to depict soldiers through the ages.

“We’re hugely grateful to be supported by Universal and to receive a donation from each DVD sold. The money raised will provide vital support to serving and ex-Service people, and their families, whether living with bereavement or disability, finding employment, or coping with financial stress – the same problems facing First World War veterans when they returned to the UK 100 years ago.”

The DVDs included in the range are All Quiet on the Western Front, Birdsong, One of Our Aircraft Is Missing, Sands of Iwo Jima, Born on the Fourth of July, Jarhead, Churchill, Green Zone an Inglorious Basterds.

The collection is available now, with Churchill being added to the range on 9th June, from selected retailers and online for the price of £5 a DVD. Universal hopes to raise a total donation of £25,000. For more information and to purchase a film from the range head over to www.poppyshop.org.uk