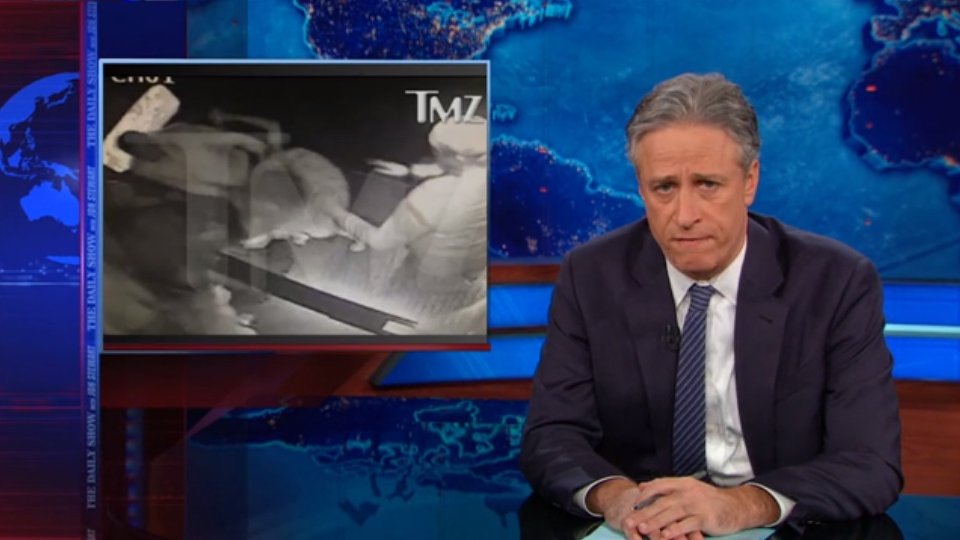 Solange Knowles is the name on everyone’s lips following the leaked footage of her recent outburst at Jay-Z in a lift after the Met Ball.

Well talk of Solange’s recent activities has reached Jon Stewart and The Daily Show. On tonight’s show Stewart speculates over the possible cause of her behaviour listing everything from the breakdown of her record label through to Jay-Z wanting to party with Rihanna.

Senior Beyonce Correspondent Jessica Williams claims that the scene must be a viral marketing plan due to Beyonce’s odd response to what occurred in the lift.

We’ve got out hands on two clips from tonight’s show so you can preview the debate before the episode airs.

The Daily Show airs tonight at 11pm on Comedy Central Extra. Check out the clips below:

In this article:Solange Knowles, The Daily Show