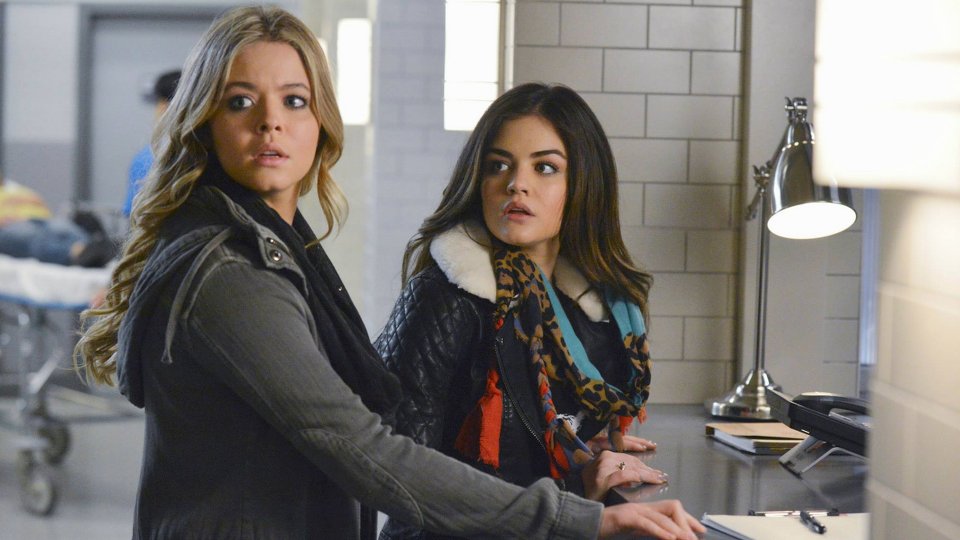 The first official promo pictures have been released for the upcoming fifth season of Pretty Little Liars.

Premiering on Tuesday June 10th on ABC Family in the US, the fifth season will pick up after the fourth season’s jaw-dropping cliffhanger as Ezra’s (Ian Harding) life hangs in the balance and Alison’s (Sasha Pieterse) return from the grave sends shockwaves through Rosewood.

The new images confirm the return of Shana (Aeriel Miranda) and hint at more backstory about Ezra’s relationship with Alison before her ‘death’. The official Pretty Little Liars Instagram account has already confirmed that Tammin Sursok (Jenna), Drew Van Acker (Jason), Luke Kleintank (Travis), Tyler Blackburn (Caleb) and Brandon W. Jones (Andrew) will all be back over the course of the new season.

It has also been confirmed that Vanessa Ray (CeCe), Brendan Robinson (Lucas), Brant Daugherty (Noel) and Sean Faris (Gabriel) will all reprise their roles too.

Check out all of the new images from the season 5 premiere, EscApe from New York, below: