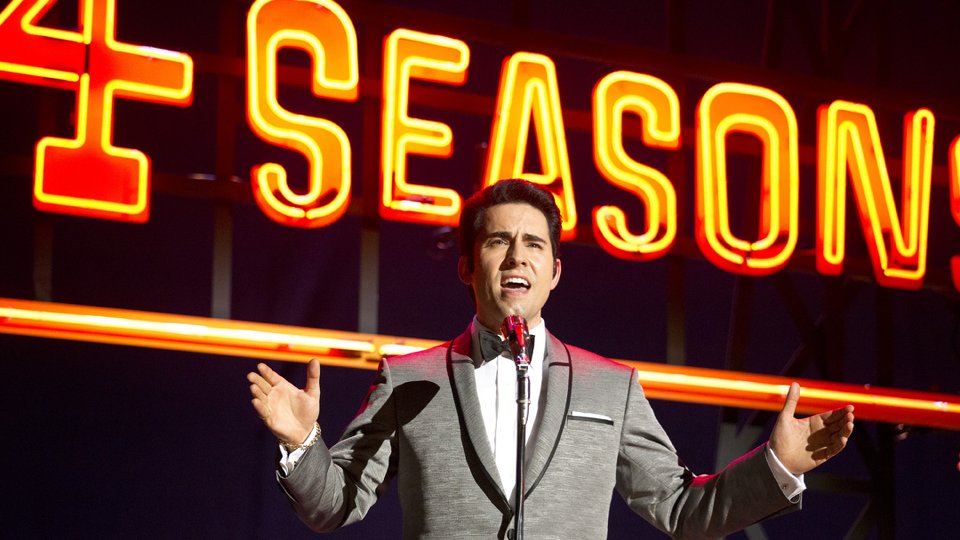 The poster features the four main characters singing in the street under a streetlamp dressed in red jackets, bow ties and dark trousers. The poster sports the tag line ‘Everybody remembers it how they need to’.

Jersey Boys tells the story of four young men from the wrong side of the tracks in New Jersey who came together to form the iconic 1960s rock group The Four Seasons. The film stars John Lloyd Young, Erich Bergen, Michael Lomenda, Vincent Piazza and Christopher Walken.

UK fans can expect to see the film in cinemas on 20th June 2014. Check out the new poster below: