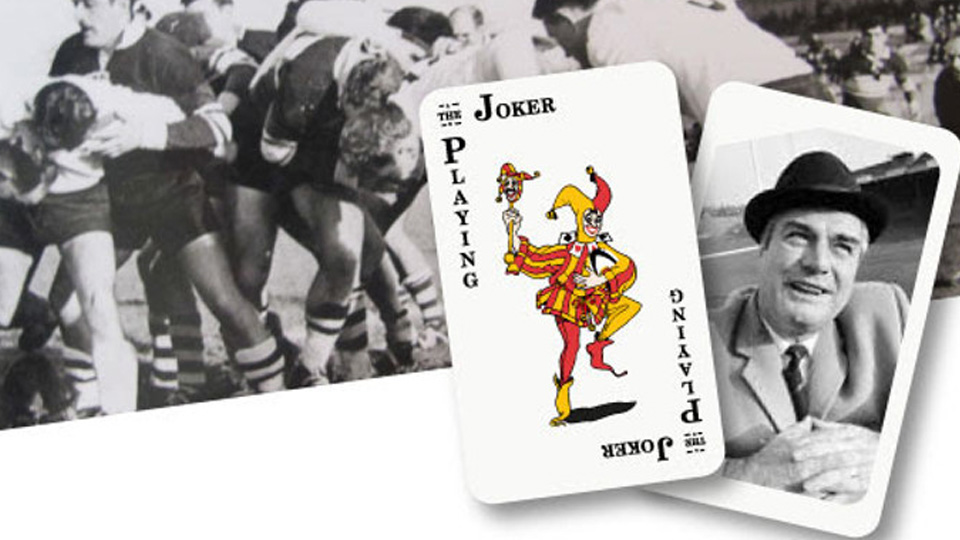 Playing The Joker is about Eddie Waring’s attempt to give rugby league a national profile.

After its sell out run at West Yorkshire Playhouse, Red Ladder have been awarded the strategic touring fund from Arts Council England to tour award winning Sunday Mirror writer Anthony Clavane’s play to rugby league clubs across the North.

Through song, jokes and gripping drama, Playing The Joker examines the People’s Game through the eyes of its voice – Eddie Waring – and its fans and asks whether Eddie was good for the game or not. This moving, funny and crititically acclaimed portrayal of a slice of 1970s northern life kicks off at the world famous Headingley Stadium, pops in to the Queens Hotel – where it is set – and then takes in 20-odd venues from Hull to Hunslet, Whitehaven to Wigan.

It’s not only an entertaining evening but also Leeds List says, ‘about having pride in where you come from.’

The production played at West Yorkshire Playhouse in November 2013 and sold out receiving a four star review from the Yorkshire Post: ‘The performances of Dicken Ashworth , William Fox and Dominic Gately are all genuinely brilliant Nick Ahad.

This performance takes place at The Queens Hotel, City Square, Leeds, LS1 1PJ. Tickets are now on sale, priced at £9 with concessions at £6. Book online at www.redladder.co.uk/whatson/playing-joker/