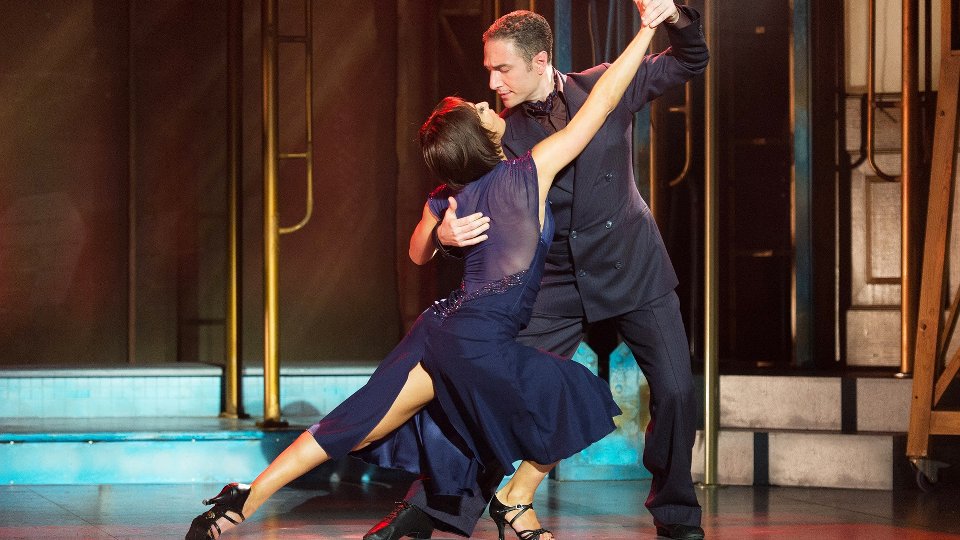 Vincent Simone and Flavia Cacace are bringing their hit show Dance ’Til Dawn to the West End for a strictly limited season.

The show will open at the Aldwych Theatre in London on Thursday 23rd October. Dance ’Til Dawn is directed by Olivier Award-winning choreographer and director Karen Bruce who directed Vincent and Flavia in Midnight Tango.

Fusing musical theatre, dance, romance and comedy into a smash hit spectacle, Dance ‘Til Dawn transports you to the seductive age of Los Angeles in the 1940s. In the midst of a Hollywood film shoot leading man Bobby Burns is murdered and a romance develops between beautiful starlet Sadie Strauss (Flavia Cacace) and her handsome lover Tony DeLuca (Vincent Simone). As a plot to frame Tony DeLuca unfolds, the duo use their flawless footwork and spellbinding choreography to Tango and Quickstep their way out of trouble and into each other’s arms.

The show features a full live band performing iconic numbers including Feeling Good, Moon River and Stand By Me.

Tickets will go on sale later this month from www.dancetildawnonstage.com.

In this article:Dance 'Til Dawn, Flavia Cacace, Vincent Simone