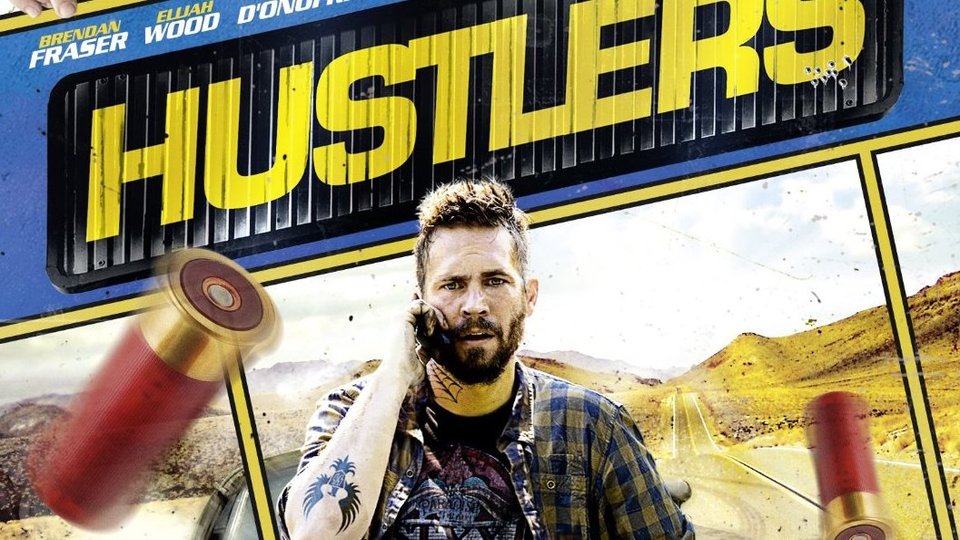 Starring Paul Walker in one of his final roles, alongside an incredible supporting cast including Matt Dillon (Crash, There’s Something About Mary), Elijah Wood (The Lord Of The Rings), Brendan Fraser (The Mummy)and Norman Reedus (The Walking Dead), Hustlers is an action-packed, pitch-black comedy, focused around a day’s trading in a small-town Pawn Shop in America’s Deep South.

Written by The Walking Dead’s Adam Minarovich and directed by Wayne Kramer (The Cooler, Crossing Over), Paul Walker’s deliciously against-type performance as hillbilly meth-addict Raw Dog is both hilarious and shocking in equal measures. Sure to draw comparison to Pulp Fiction-era Tarantino, Hustlers features three intertwining story-lines which lead to an explosive climax.

To celebrate the release of Hustlers, we are giving away 3 DVDs.