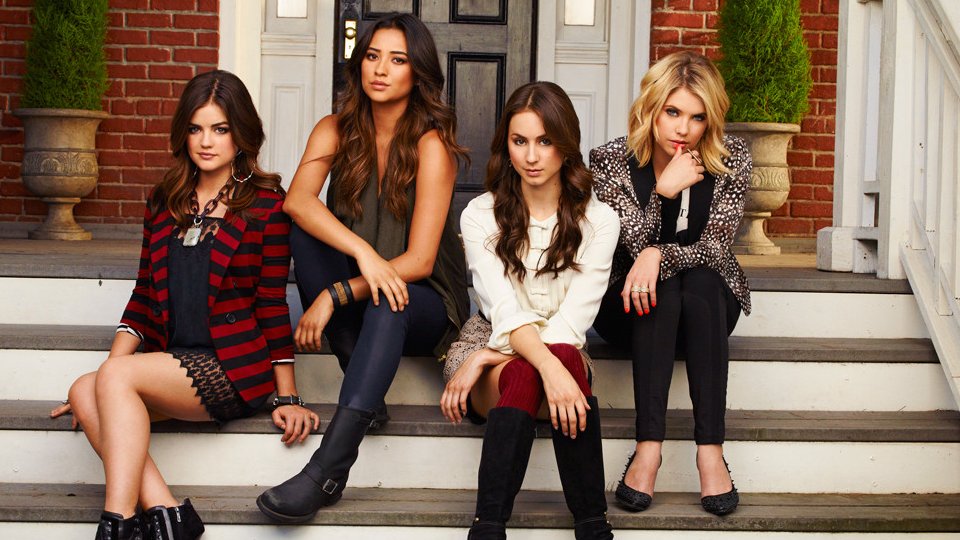 Pretty Little Liars returns to ABC Family in the US for its fifth season on 10th June and hopefully will be following swiftly on iTunes in the UK.

If you haven’t seen season 4 of Pretty Little Liars and do not like spoilers we suggest you stop reading now. If you’re up-to-date or want to know all about the next season then keep reading.

Ahead of the show’s eagerly anticipated return we’ve been pulling together all of the information we know so you know what to expect from the fifth season. In the season four finale Aria (Lucy Hale), Spencer (Troian Bellisario), Hanna (Ashley Benson) and Emily (Shay Mitchell) finally reunited with Alison (Sasha Pieterse) and found out more information about what happened to her the night she ‘died’.

During the episode’s gripping final moments, Ezra (Ian Harding) got shot protecting the girls from A on a rooftop in New York and Alison’s mother Jessica (Andrea Parker) was seemingly dead and being buried in the same way she buried her own daughter two years earlier.

So what do we know about the new season?

Season 5 of Pretty Little Liars premieres in the US on Tuesday 10th June on ABC Family.