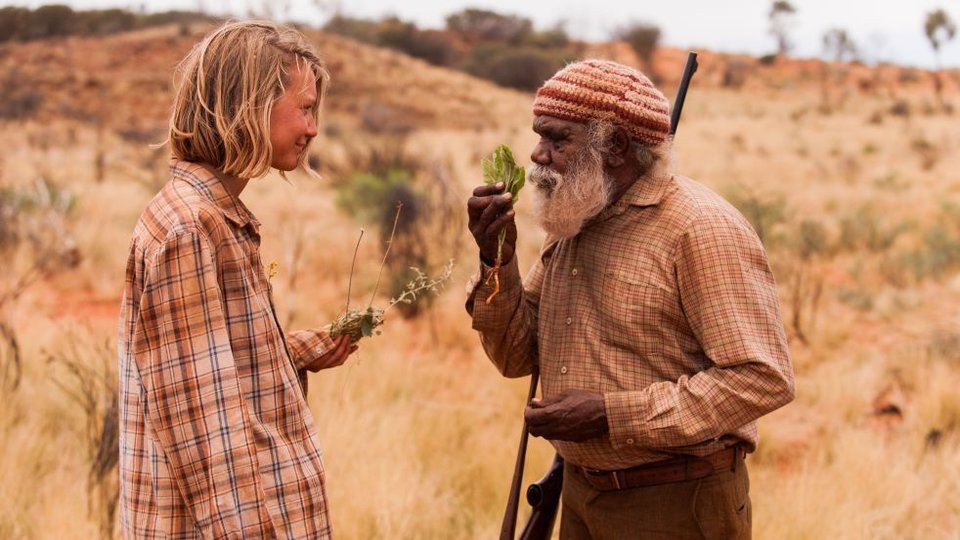 To celebrate the release of the inspiring movie Tracks, starring Mia Wasikowska and Adam Driver, in cinemas April 25, we’re offering you the chance to win a fantastic bundle of DVD’s along with a signed copy of the book and poster.

From director John Curran (The Painted Veil, We Don’t Live Here Anymore) comes Tracks, which tells the remarkable true story of Robyn Davidson (Mia Wasikowska), a young woman who leaves her life in the city to make a solo trek through almost 2,000 miles of sprawling Australian desert.

Accompanied by only her dog and four unpredictable camels, she sets off on a life-changing journey of self-discovery. Along the way, she meets National Geographic photographer Rick Smolan (Adam Driver) who begins to photograph her voyage.

The film, adapted from Davidson’s own memoirs, was produced by Emile Sherman and Iain Canning (The King’s Speech, Shame).

For your chance to win a bundle of the inspirational films including The Kings Speech, The Impossible, The Sapphires, An Education and Away We Go plus a book and poster from the Tracks signed by the author Robyn Davidson take a look at the interactive infographic and answer the below question: 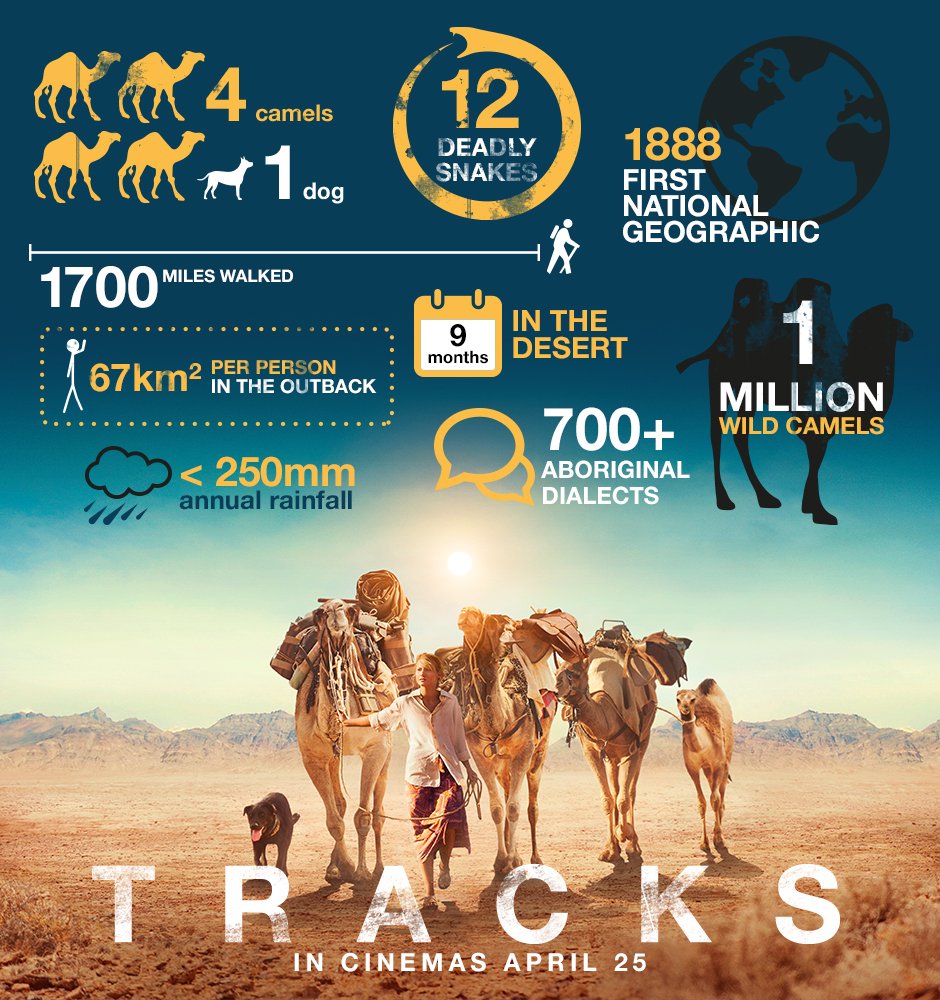 Tracks is out in cinemas on April 25th

Based on the bestselling memoir Tracks, by Robyn Davidson. Published by Bloomsbury Publishing.