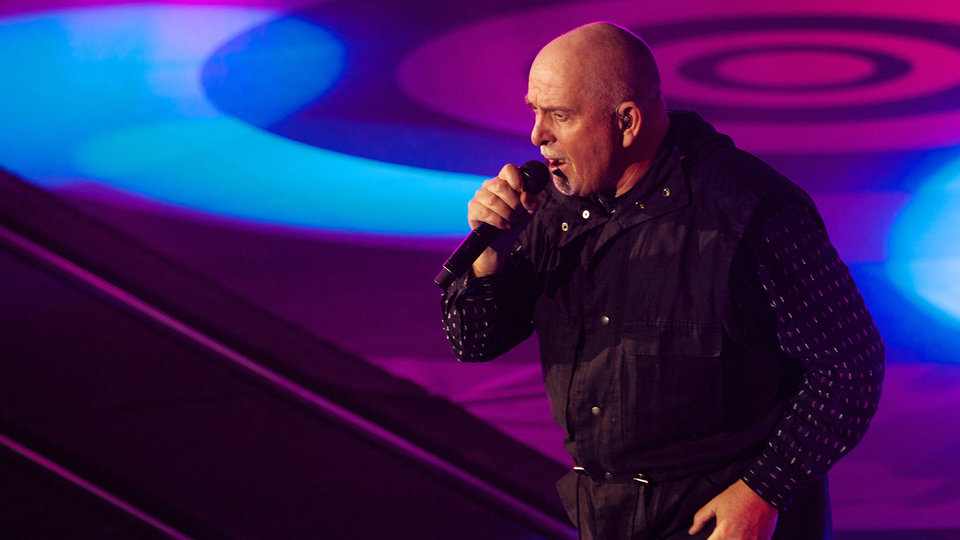 Following his recent induction to the Rock and Roll Hall of Fame and the success of his Back to Front tour, Peter Gabriel has announced further live dates in the UK this winter. This will be Gabriel’s first appearance at London’s Wembley Arena in ten years.

The coveted tickets will be on sale from Friday the 25th April.

Testament to Peter Gabriel’s captivating 1986 album, Back to Front, the tour of the same name will be sure to capture the imagination of his fans. The live shows will continue to feature the original So live band (bass-wizard Tony Levin, guitarist David Rhodes, keyboardist David Sancious and drummer Manu Katche) and span Gabriel’s illustrious career.

Peter Gabriel commented: “We serve it up in three parts; like a meal. The starter will be an acoustic bit, almost like we would be in rehearsal mode. From that acoustic starter we move on to the savoury dish, which is electric or more electronic stuff. If you survive that, then you get your dessert, which is the complete and uninterrupted album of ‘So,’ in the order in which it was originally intended”.

Advertisement. Scroll to continue reading.
In this article:Peter Gabriel