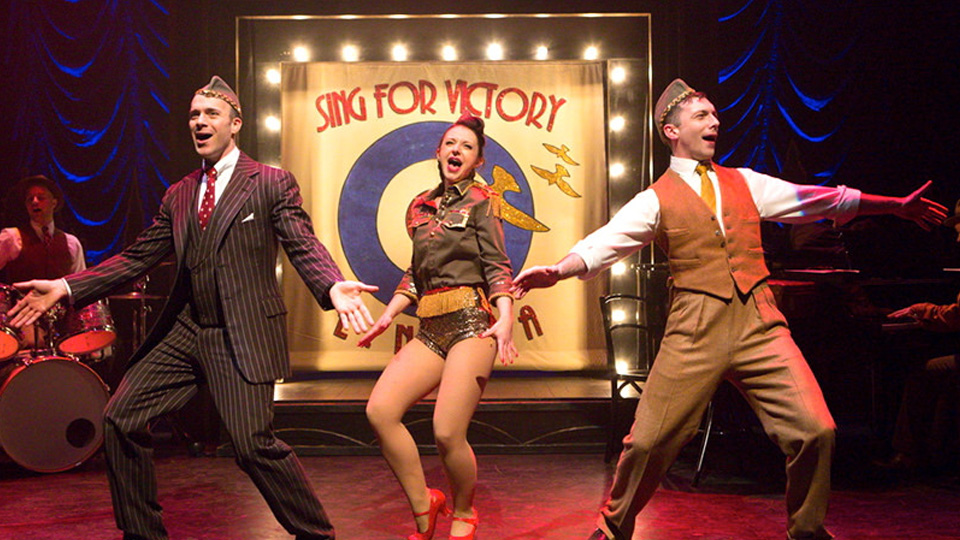 After a successful tour of the UK and West End last year, Miss Nightingale – the musical is back by popular demand. A new production of the critically acclaimed musical by Matthew Bugg, described as Noel Coward meets Cabaret in World War Two, makes its Leeds debut at the historic City Varieties Music Hall from 24 to 27 April.

Featuring a cast of top actor-musicians, the original British musical is directed by City Varieties’ Rock ‘n’ Roll Panto writer Peter Rowe. The heart-warming production tells the story of feisty northern singer Maggie and her gay refugee songwriter, George, as they struggle to find their big break in the big smoke.  She longs for the bright lights.  He’s hiding his sexuality in the shadows.

Everything changes when they are both picked up by wealthy man-about-town Sir Frank.  He needs a new act for his nightclub and with George’s help transforms Maggie into the satirical music hall star ‘Miss Nightingale’.  Her outrageous costumes, saucy songs and scandalous love life make her the talk of the town.  But out of the spotlight the secret romance between the two men proves far more devastating than The Blitz, at a time when being gay was not just illegal but seen as dangerously unpatriotic.

From tongue-in-cheek cabaret numbers to tender ballads, Bugg’s critically acclaimed songs capture the style and spirit of the 1940s.  Miss Nightingale is a feel-good night out full of love, laughter and the lust for life.