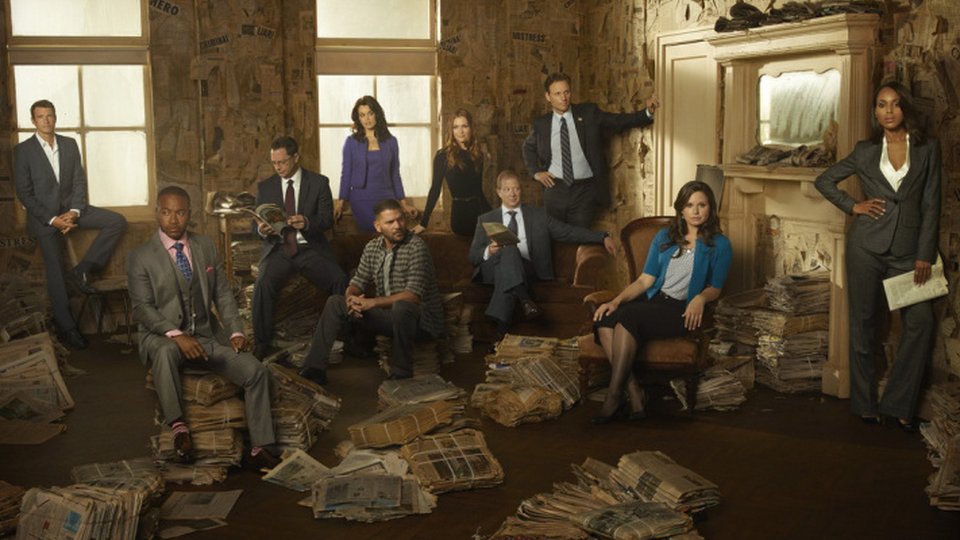 Scandal’s gripping, and shortened, third season just came to an end in the US and already we’re thinking about the next season of the show.

If you haven’t seen season 3 and don’t want any spoilers we recommend you stop reading now. If you don’t mind spoilers then keep reading to find out what we want from the next season of the show.

Season 3 was a rollercoaster ride with plenty of shocks, twists and turns as well as a few deaths along the way. We already miss James (Dan Bucatinsky) but understand from a story point of view that he’d been on borrowed time for quite a while.

Season 4 should be a full season of the show – although as we write this it hasn’t been officially renewed – and we’ve been rounding up our thoughts on what we’d like to see when Scandal returns.

1. Harrison (Columbus Short) to still be alive. It seemed in the final moments of season 3 that Harrison was killed under the watchful eyes of Rowan Pope (Joe Morton). We know that actor Short’s personal problems could spell the end of his role in the show but we hope they don’t kill him off. Harrison was incredibly under-used again during season 3 and there’s much more to be explored with the character.

2. Sally Langston (Kate Burton) to get her comeuppance. When the third season started we didn’t like Sally but by the end of the season we absolutely detested her. After murdering her husband and using the funeral bombing to convince the people she was a Mother Theresa-like figure we want the Vice President to get what’s coming to her.

3. Quinn (Katie Lowes) to come back into the OPA fold. Ok we admit the whole Quinn/Huck (Guillermo Diaz) curveball was a bit random but it’s time Quinn got rid of her anger towards her old employer and became a Gladiator again. Now she’s got rid of Charlie (George Newbern) it’s time for Quinn to redeem herself and get back to where she belongs.

4. Olivia (Kerry Washington) to find a bit of happiness with someone that isn’t Jake (Scott Foley) or Fitz (Tony Goldwyn). As she flew off into the sunset with Jake it was pretty obvious that their relationship is going to be short-lived. Similarly the revelation of Mellie’s (Bellamy Young) rape to Fitz and the death of their son Jerry means that there’s no real place for Olivia in that love triangle for the foreseeable.

5. The end of B613. The covert agency has been a big part of the show but we think it’s time the storyline moved on. With Rowan now back at the helm and Maya Pope (Khandi Alexander) in the hole (again) we’d like this to take a backseat so Olivia and her Gladiators can get back to fixing other people’s problems. Plus Jake delivered plenty of damning evidence to David Rosen (Joshua Malina) so surely the end is in sight?

6. Olivia to break free from her monstrous parents. Obviously she’ll never be fully free from Rowan or Maya but we’d like her to wise up to the fact that both of them are as bad as each other. As she flew off with Jake, she had no idea that it was her father and not her mother that actually orchestrated the death of Fitz’s son to his own benefit.

7. More Leo Bergen (Paul Adelstein). Leo proved to be a worthy adversary for Cyrus (Jeff Parry) throughout the third season. Some of the best scenes were their sparing moments and we hope there are plenty more of them in season 4. Shonda Rhimes was right to bring the Private Practice favourite over to Scandal.

8. Olivia to rebuild her bridges with her Gladiators. It’s fair to say that the Gladiators felt a bit abandoned when Olivia decided to upsticks and start a new life. When she returns (which is obviously only a matter of time) she needs to work on her relationships with her employees and refocus on OPA.

9. The return of Josephine Marcus. Lisa Kudrow proved to be a real surprise playing the ambitious congresswoman who was almost in with a chance of running the Presidential race. Although her own personal problems ruled her out, there’s no chance she can’t try again once it all dies down.

11. Mellie to get some more strong storylines. We all know that Mellie is the secret gem of Scandal and we relished that she got more to do this past season. We’re not convinced her affair with Andrew Nichols (Jon Tenney) is really over and now Fitz has won the election at the last minute there’s an opportunity for her to further her own political ambitions.

12. Fitz to figure out what he actually feels and for whom. He may be President still but Fitz needs to work on his relationships with his own family and loved ones rather than the American people. Does he love Olivia? Does he love Mellie? Can he rebuild his family following the death of Jerry? Will he ever actually be happy? There’s a rocky road ahead for Fitz but it’s going to be an interesting one to watch.

Scandal’s fourth season is expected to debut this autumn in the US following a few months later in the UK.