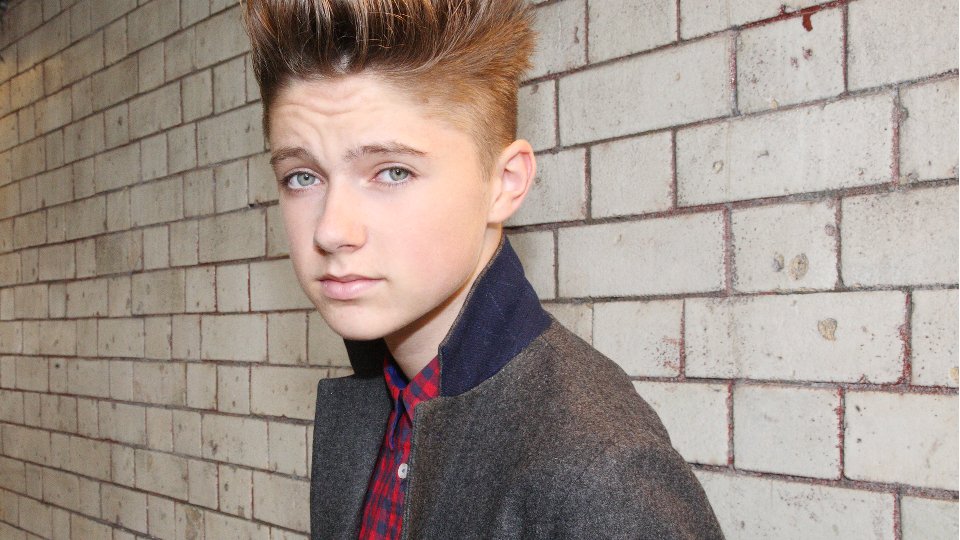 Rising star Harvey is on the cusp of releasing his debut single Thank You.

The track is an R&B/pop track that has drawn comparisons to Justin Bieber and Justin Timberlake. The sleek production complements Harvey’s vocals marking him out as a rising star in the music industry.

We caught up with Harvey to find out more about him, talk about the inspiration behind Thank You and discuss his dream collaborations.

I’m cool thanks, just got back from school and I’m chilling in my bedroom. I have to do some homework after this.

You’re releasing your debut single Thank You soon. Tell us about the track.

Thank You is about thanking someone you love and telling them they are perfect the way they are. Its special to me as this was the first song we wrote and recorded.

Thank You is the first taster from your debut album. What can your fans expect from the album?

My album will be really chilled and cool, mixed in with some catchy pop songs and obviously the classic love ballad!  Hopefully the fans will enjoy the album as much as I do and hopefully be able to share my music with the rest of the world

You’ve been compared to Justin Bieber and Justin Timberlake. How do you feel about those comparisons?

I have been compared to Justin Bieber a few times but I think that any young singer discovered on the internet will be automatically compared to him. What he has achieved at such a young age is something that I would love to one day reach but someone who I have liked from a young age is Justin Timberlake! He is my musical inspiration and the way that he performs on stage and sings and dances literally stun me. Justin Timberlake is defiantly the one I look up to.

Which musicians really inspire you and your sound?

Again Justin Timberlake inspires my sound and the way I sing but also like Tori Kelly  she has a massive impact on my songs and the way I sound. She is so chilled and smooth, I love the acoustic sound and a lot of hers is acoustic based.

If you could collaborate with any in the music industry who would it be and why?

You’ve built up quite a fanbase through social media. How important is it for you to connect with your fans in that way?

Social media is THE biggest part of my career at the moment, I love all my fans and love talking and connecting with them, I see so many edits of me and fans on instagram and it makes me smile to know they go all that way just to show me that they love and support me. They are always getting me trending on twitter and without them I would be nothing!

What’s the craziest thing a fan has done to get your attention?

So many fans do some incredible things to catch my attention. one fan took pictures of me whilst I was in London and tweeted me them saying she could see me! At the time it was scary but once I found her we chatted for ages. We then took so many selfies I think we used up all of her memory.

When can your fans catch you performing live?

Fans can catch me at loads of gigs across the country this summer so make sure everyone looks out for me and keep your eyes peeled. My Twitter is @harvey so make sure you check that out for my detailsJ)

2014 will be a very busy year and I’m sure you’ll see me around! I have some very exciting things coming up which I cant say but they will be announced soon.  So make sure you are up to date on my social media!

Thank You will be be released on 4th May. Watch the music video for Harvey’s single Thank You below:

Advertisement. Scroll to continue reading.
In this article:Harvey