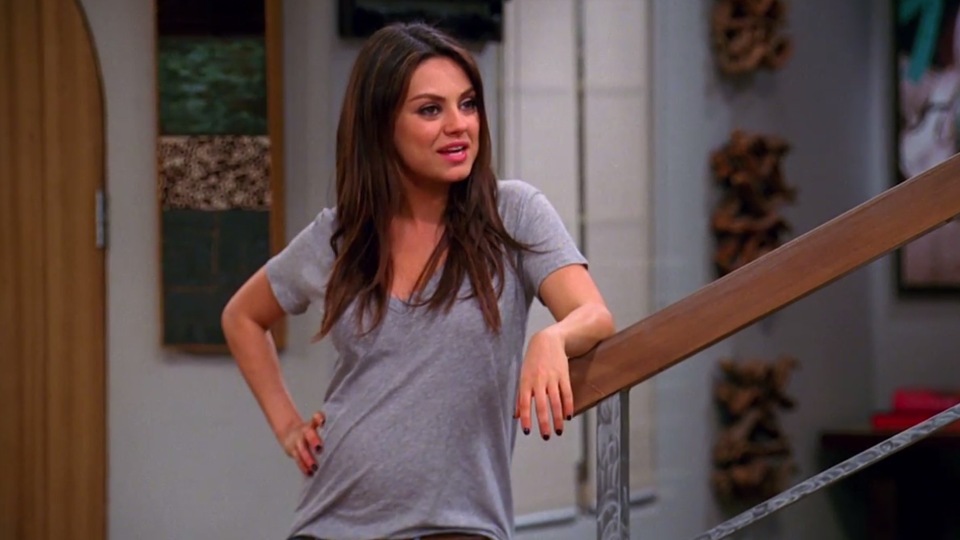 Mila Kunis will guest star in a brand new episode of Two and a Half Men due to air later this month.

The real-life girlfriend of star Ashton Kutcher will make an appearance on the hit comedy poking fun at her relationship with the actor. In the clips Mila’s character Vivian is seen sharing fast food with Kutcher’s Walden and exchanging witty one-liners.

Mila and Ashton have been dating since April 2012 and confirmed their engagement in February. The two shared the screen previously in hit sitcom That ’70s Show which ran from 1998 to 2006. They are expecting their first baby together due later in the year.

Check out the two clips from the episode and tune in to see Mila’s full appearance on 21st April 2014 at 8pm on Comedy Central:

In this article:Ashton Kutcher, Mila Kunis, Two and a Half Men