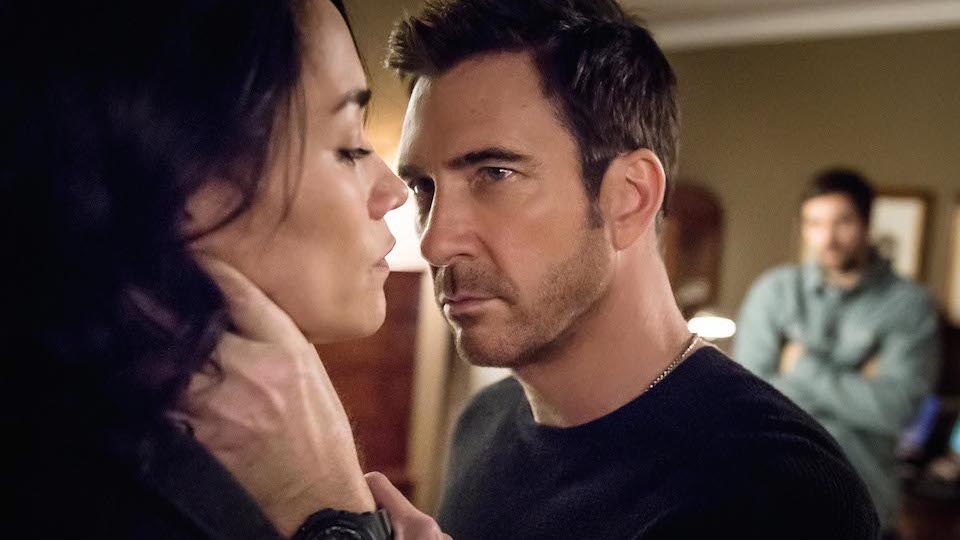 Hostages is almost at an end and there’s only two more gripping episodes to go until we find out if Ellen (Toni Collette) can get her family out from under Duncan’s (Dylan McDermott) hold.

In tonight’s episode Ellen made it clear to Duncan that she will not go through with killing the President after going back and forth over the decision with Brian (Tate Donovan). She came up with an alternative plan to get Duncan what he wants that stops her from murdering the President.

Elsewhere Archer (Billy Brown) discovered that Sandrine (Sandrine Holt) is working for the enemy and Nina (Francie Swift) escaped from Burton’s (Larry Pine) house only to be picked up by Blair (Brian White).

Next week sees the penultimate episode of the season Suspicious Minds airing. Duncan discovers Sandrine’s betrayal and decides to use it to his advantage in an attempt to help his own family. Ellen has an important discussion with the First Lady.

Tune into Hostages on Channel 4 at 8pm on Saturday for the penultimate episode of the series. Preview the episode with our gallery below: