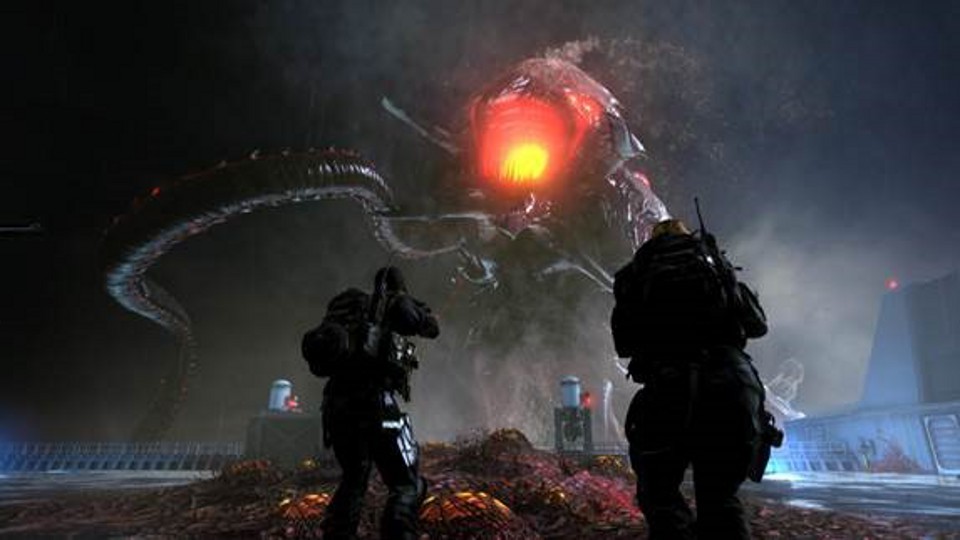 A new trailer has been released to showcase the Extinction portion of the upcoming Devastation DLC for Call of Duty: Ghosts.

Following the events of Nightfall, the Quick Reaction Force team has been sent in to investigate a high-tech ghost ship adrift in the South Pacific. They will find new weapons and items to aid their fight against the alien hoard. But new terrors also thrive, such as the insidious wall-crawling “Seeder” and the skyscraper-sized “Kraken” as the epic four-part Extinction series returns with the all-new Episode 2: Mayday!

Episode 2: Mayday is included with Devastation, the second DLC pack for Call of Duty: Ghosts. Devastation comes to Xbox LIVE first on 3rd April, with other platforms to follow.

Check out the official Call of Duty: Ghosts website for more information about the Devastation DLC.