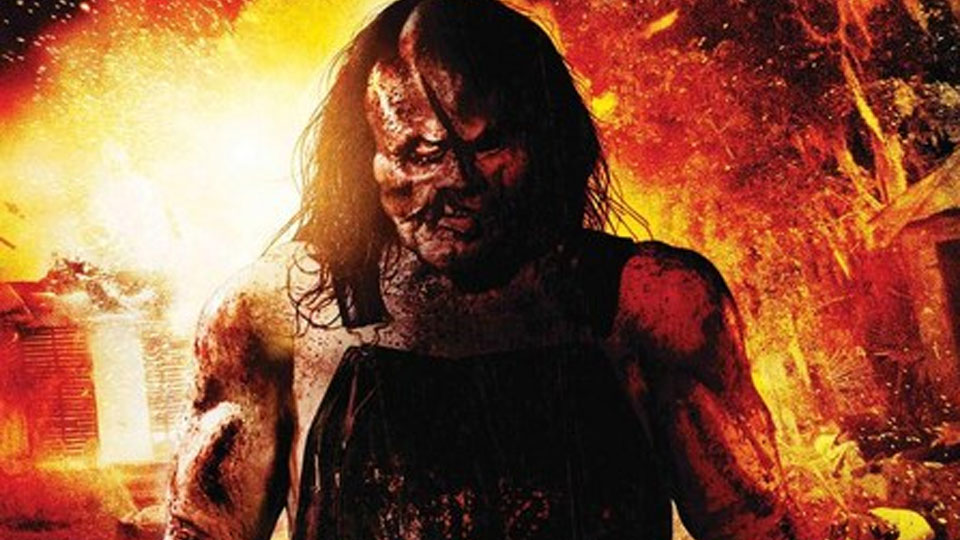 Moments after the supposed death of Victor Crowley (Kane Hodder – Friday The 13th), Marybeth (Danielle Harris – The Victim) turns herself into the local authorities. But it’s not long before Crowley once again resurfaces and restarts his killing spree. A reporter could hold the key to his death so Marybeth must once again face her fears if she is to end Crowley’s reign of terror for good.

Writer Adam Green insists that Hatchet III is his final dance with the legend of Victor Crowley. It’s a shame to see him go (as I fully expect the studio will still make many more of these movies without Green attached). But like Halloween, A Nightmare On Elm Street and the like, it’s the original trilogies that will be most fondly remembered and Hatchet III does bring this particular story-arc to a satisfying conclusion.

For his goodbye, Adam Green has called in every favour he could to get a cast of horror icons to appear in cameos. This element of the movie is a joy to watch with classic names like Zach Galligan (Gremlins), Sean Whalen (The People Under The Stairs) and Caroline Williams (The Texas Chainsaw Massacre 2) and all doing a good job to get the fanboys cheering in the aisles. There’s even a cool moment when one of the original Jason’s from Friday the 13th (Kane Hodder) takes on Derek Mears who played Jason in the 2009 reboot.

Kane Hodder continues to command the screen as Victor Crowley and does have some ingenious ways to kill people this time around. The behemoth of a man uses all manner of implements and brute strength to hack and slash his way through his hapless victims. Particular highlights include using a heart defibrillator to burn someone’s face and literally bending back and ripping off a guys arms. Danielle Harris continues to be the hero and does well at the second time of asking too.

Comedy plays a big role in this movie and Adam Green and scripted a very funny film here. There is a great scene when Danielle Harris is in jail and Zach Galligan questions her actions during the murders, citing them as stupid and unbelievable. The camera then cuts to Adam Green playing a fellow prisoner who looks on angry and surprised. Then there’s Parry Shen, playing a different character yet again, getting angry when someone says he looks like a former victim they once saw. Shen insinuates that he’s making a racial stereotype in a nice gag that Hatchet fans will surely enjoy.

Hatchet III may be more of the same but fans will still love the craziness of the movie. The first film still remains the best in the series and the effects look to be a little shoddier third time around (even though this has a better budget than both Hatchet 1 and 2) but there is still some B-movie charm left in the tank for Victor Crowley’s swan song.