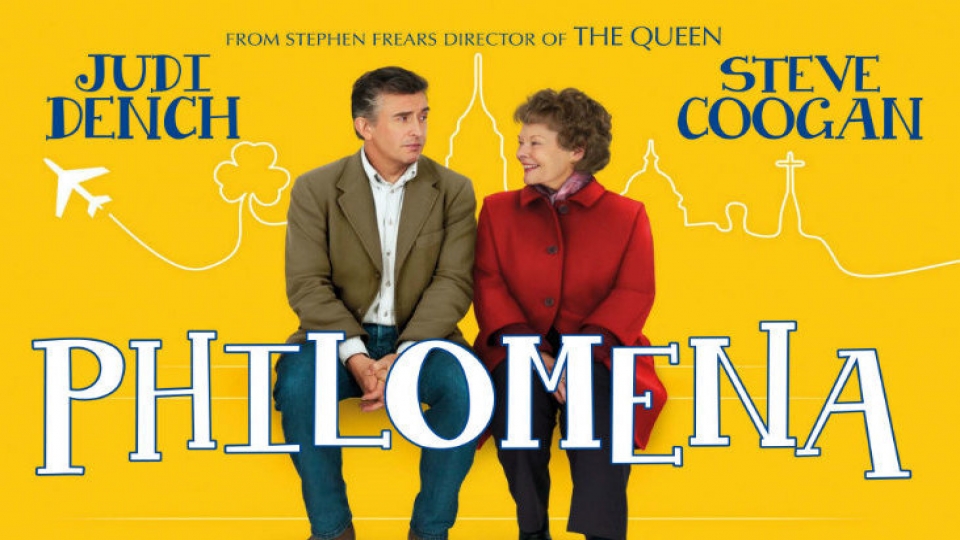 A chance encounter at a dinner party leads to former BBC journalist Martin Sixsmith (Steve Coogan – Alan Partridge: Alpha Papa) taking on an investigative ‘human interest’ story. When Philomena Lee (Judi Dench – The Best Exotic Marigold Hotel) was a young woman, she had a child out of wedlock. Shunned from her family and given to the church, Philomena’s son was forcefully sold into adoption without her consent. So Martin and Philomena begin a quest to locate her missing child from over 30 years ago and along the way uncover secrets and hidden agendas that test the full extent of her faith.

Philomena charts this heartbreaking true story and strikes a strong, personal chord with the audience. It’s a beautifully tragic tale that peaks interest thanks to the fantastic lead performances of Dame Judi Dench and Steve Coogan, whilst going justice to the original book written by Martin Sixsmith.

Steve Coogan branches out of his comfort zone and relishes the opportunity to show what a talented writer he is here. Co-scripting and producing the film along with starring in it, Coogan hands in his most assured lead performance to date. Martin Sixsmith’s character is one that searches for the truth and is the driving force behind Philomena’s journey but is he also – crucially – someone who becomes her unlikely friend. Coogan the writer also gives the characters comedic licence. The comedy stems from natural situations but its entirely believable and quite endearing.

National treasure Judi Dench is superb here and deserved a BAFTA for her tear-jerking performance. The legendary actress excels onscreen and shares a beautifully organic relationship with Steve Coogan that make the pair a very likeable duo. Despite her recent, well publicised health problems, it’s nice to see Dench out there and taking the plaudits for such a strong performance.

Interestingly, the film is as much about faith as it is about the failings of the church who sold Philomena’s child. A story like this is very easy to overplay but thanks to a clever script, adapted from the journalistic source material of Martin Sixsmith’s book, gives the film a strong voice that proudly proclaims Philomena’s belief in God, in-spite of such adversity, injustice and hardship.

The film also shows the power of true faith within religion and how one person can hold onto their belief system, even through such terrible times. It’s a testament to the film and the woman herself that these qualities ring true when watching Philomena. This isn’t an anti-religion film, which would have been an easy route to take here. It’s instead a far more engaging concept that looks at the shocking events of the 1950’s but also the Catholic faith that kept Philomena searching for so many years. Thanks also needs to go to Judi Dench for portraying her so powerfully onscreen.

With two great central performances and a true-life story that’s heartbreaking, compelling and even whimsically entertaining at times, Philomena is a joy to watch. Don’t miss this gem of a film to see just how good British drama can transcend singular genres.