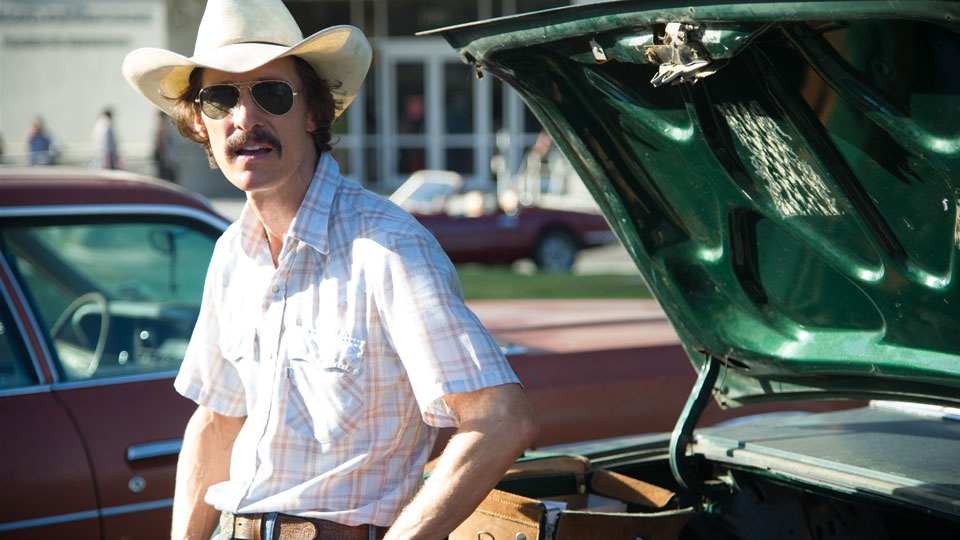 Matthew McConaughey hasn’t always been regarded as the greatest actor.

His recent career reinvention saw him pick up the Best Actor in a Leading Role award for Dallas Buyers Club at last night’s Oscars. The film is a far cry from the romantic comedies he became known for during 2001 – 2009.

Keep reading to find out what made our list:

The 1996 big screen John Grisham adaptation was one of Matthew’s earliest roles and we think he was fantastic as lawyer Jake Brigance. The film is an exploration of race, justice and revenge and also starred Sandra Bullock, Samuel L. Jackson and Kevin Spacey.

Sure it’s hardly Oscar material but there’s a special place in our heart for this 2003 romantic comedy. Matthew starred as Benjamin Barry, an advertising exec who bets his friends he could make any woman fall in love with him. The film co-starred Kate Hudson and is definitely one of our guiltiest pleasures.

Arguably this was the start of Matthew career reinvention. The black comedy crime film was directed by William Friedkin and stars Matthew as Police Detective ‘Killer’ Joe Cooper. Matthew’s character was a police detective by day and a contract killer by night.

Matthew stars as the titular character in this coming of age drama from writer/director Jeff Nichols. Mud tells the story of a fugitive who is aided by two young buys as he tries to escape vigilantes on his trail.

The awards really do speak for themselves but it’s safe to say that Matthew’s role as Ron Woodroof in drama based on a true story. Ron is an electrician and hustler who works around the system to help AIDS patients get the medication they need after he himself is diagnosed with the disease.

Advertisement. Scroll to continue reading.
In this article:A Time To Kill, Dallas Buyers Club, How to Lose a Guy in 10 Days, Killer Joe, Matthew McConaughey, Mud