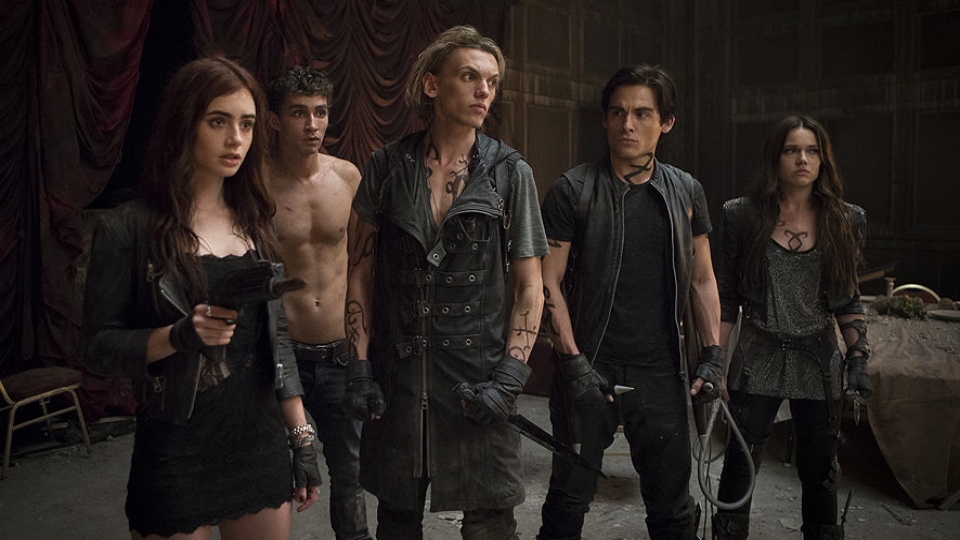 After finding out she descends from a line of angelic warriors named Shadow Hunters who protect the world from evil, Clary Fray (Lily Collins – Mirror Mirror) struggles to readjust. She finds guidance in a fellow Shadow Hunter named Jace (Jamie Campbell Bower – The Twilight Saga) who shows her the hidden Downworld of New York. It’s here that Clary must hone her skills if she is to defeat evil and track down her mother (Lena Headey – 300) who has disappeared.

After the success of Harry Potter and Twilight it seems like any series of books with a bit of heat behind them are now viable cinema options. The Mortal Instruments have stepped up and tries to take its hold on the post-Twilight market. It’s predictable and offers little in terms of genre originality but it’s still an enjoyable romp if you approach it in the right way. This actually looks quite good too with decent special effects and sets that really give the story a sense of atmosphere and even gothic-lite charm. Go in with expectations lowered and you may come out pleasantly surprised.

The film features a nice level of comedy with Jamie Campbell Bower doing particularly well with the one-liners and quips. As the main love interest/hero, Campbell-Bower actually leads the line exceptionally well. He and Lily Collins bounce off one another very well too and create a good central relationship and dynamic that you can champion. Collins in particular does a great job as the heroine and has much more charisma than Kristen Stewart ever did.

The supporting cast are all ok with Robert Sheehan the pick of the bunch. I’m not sure why Lena Headey, Kevin Durand and Jared Harris picked this particular franchise but all hand in reliable, assured support. It’s safe to say Jonathan Rhys Meyers will appear in anything but he suitably hams it up all the same as the token bad guy Valentine.

The Mortal Instruments: City Of Bones tries hard and is certainly watchable but Harry Potter and Twilight it isn’t. While there is real scope to make this a franchise, it still doesn’t possess that all-encompassing appeal that makes the likes of say, The Hunger Games, such a compelling watch. Instead it will serve as perfectly enjoyable but forgettable teen fodder. Perhaps now that the establishing has been done, a second act will fare much better.