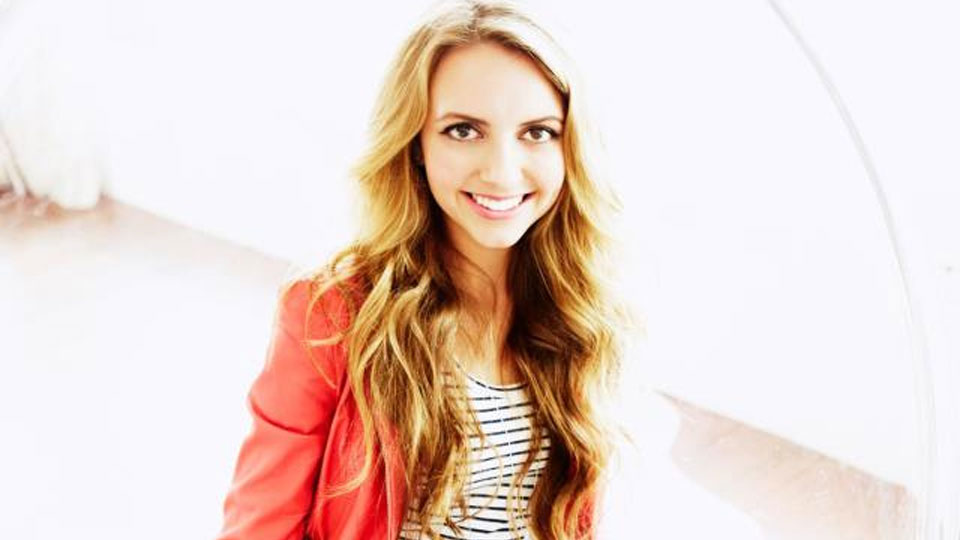 Olivia Somerlyn has had quite the year after launching herself and her music in the UK.

Earlier in the year she embarked on Jessie J’s arena tour as a support act alongside Lawson and she released her first single Better With You which is available on iTunes now.

To get into the festive spirit we caught up with Olivia to find out what she’ll be doing this Christmas, discuss her favourite Christmas things and talk about the amazing year she’s had.

I’ve never had a Christmas away from home, I’ve always been with my family in San Francisco. I think we’ll definitely keep up the tradition this year too.

Do you have any Christmas traditions?

We do something really silly – you know that song ‘Rocking Around The Christmas Tree’ well we grab our favourite gift or as many as you can manage and we do our Christmas march around the tree and house to that song. And I have to add that my dog’s mum and brother also come over with their owners to join the rocking around the tree party!

What have been your top 3 gifts to receive?

One year I got a kitten, her name was Pixie so that has to be number one.I had a big My Little Pony horse which I loved and played with for years with all my friends. Of course that’s back when I was a kid. My first Microphone stand, that was really fun. I used to try so hard to throw it down and catch it with my foot but I haven’t been brave enough to try it on stage yet.

1. Rocking Around The Christmas Tree
2. Santa Baby
3. Pretty Paper (famous in the US!)
4. It’s Beginning to Look a Lot Like Christmas
5. It’s The Most Wonderful Time of the Year

This is kind of weird but I really like those claymation kids movies and I love their Santa’s Coming To Town one.

What is the worst gift you can imagine receiving?

Probably the worst gift would be one of those ‘I bought this for you to wear to…’ You feel like you have to wear it, even if you don’t like it!

Who would you like to kiss under the mistletoe?

I am so bad at these kind of questions! I’m gonna say my Yorkie dog because I’ve really missed him on tour and he deserves a lot of fuss.

Do you have a Christmas message for your fans?

I just hope everyone has a great Christmas and break from school, it’s the best.

What will you be doing for NYE?

Well I haven’t even had a chance to think about it but I’ll probably be home in San Francisco or in LA getting together with friends.

What was your best NYE ever?

Oohhh I used to go night skiing in Lake Tahoe and that was so much fun.

I’m always trying to be healthier but I heard someone once say that they never make New Year resolutions because it’s just an excuse not to make any changes until January 1st. That really resonated with me so I’m just going to start things when I think of them and not wait until the start of next year.

A New Year’s message for your fans?

I just want everybody to take the time to think about the New Year and I know I just dissed New Year’s resolutions but I think one for everybody should be to have a little bit more confidence in yourself. If you believe in yourself then everybody else will too.

It’s been the best year of my LIFE, my first big tour and then touring the UK. I’ve had the best time!

Olivia’s single Better With You is available on iTunes now. Watch the lyric video for the track below: