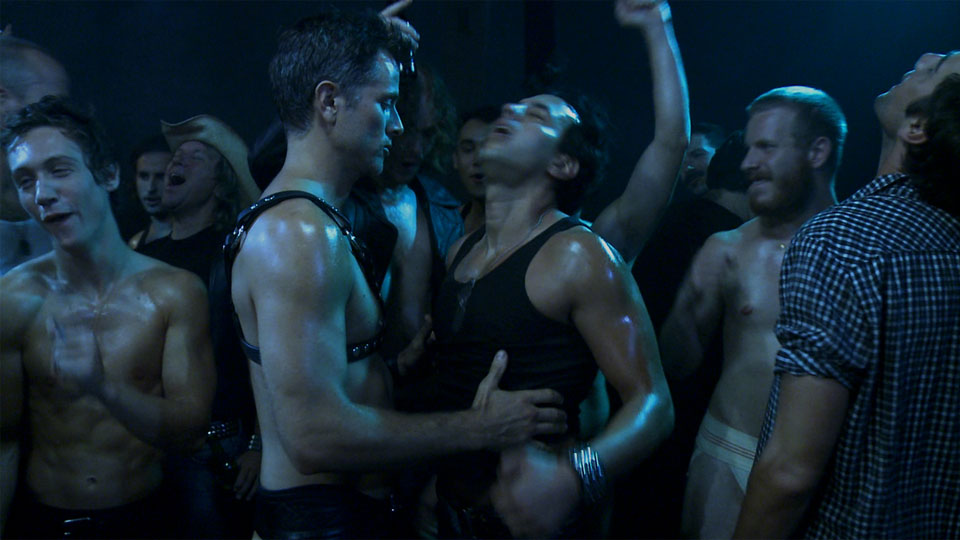 William Friedkin’s 1980 movie Cruising was controversial when it was released and it was rumoured that 40 minutes of footage was removed to get the film past the censors. In the movie Al Pacino starred as a police officer sent undercover to track down a serial killer targeting men with an interest in S&M. The film wasn’t well-received and has been labelled homophobic for its depiction of gay men. Regardless it has gone on to be considered a cult gay classic. Actor James Franco has teamed up with film-maker Travis Mathews to recreate the ‘lost’ footage for new project Interior. Leather Bar.

When Franco announced Interior. Leather Bar he was greeted with a mixture of commentary and a lot of speculation as to why he was doing a project of this nature. Anyone who follows Franco on Instagram will know that he enjoys baiting the press with his ambiguous posts and comments so it should come as no surprise that he’s happy to challenge them via other mediums too. Interior. Leather Bar is actually a documentary rather than a film and it’s focused on the filming of the material rather than showing much of the footage that was shot.

What it seems Franco and Mathews set out to do with Interior. Leather Bar was to challenge both the audience and the actors taking part to see how they feel about pushing the boundaries and exploring gay sex on screen. For the project a cast of actors, gay and straight, were enlisted and they speak about how far they would go for a role.

Taking on Al Pacino’s role is actor and friend of Franco’s Val Lauren and he’s one of the most interesting things about this hour-long documentary. Pulled into the project due to his friendship with Franco, Lauren frequently questions why he’s agreed to get involved and looks pretty uncomfortable throughout especially when witnessing real sex scenes and S&M interplay. He has candid discussions with his co-stars and with Franco to try and understand the point of the project. There are scenes with Lauren on the phone to his agent who is clearly not happy about his involvement in the film.

By the end of the documentary we weren’t entirely sure that the project was as profound as perhaps Franco had intended when he set out to make it. The over-riding feeling is that gay sex in the mainstream is still a taboo subject and the inclusion of real sex in a movie still opens up the discussion about art versus pornography. Lauren tells Franco several times that he feels the project is going too far and isn’t right for a mainstream audience. Franco argues back that pushing it into the mainstream more regularly can make it more acceptable losing the shock that is associated with explicit gay material.

Interior. Leather Bar comes with short film The Feast of Stephen which was directed by Franco. The short features a young boy watching a group of shirtless boys playing basketball and fantasising about them which results in something rather shocking and surprising.

Interior. Leather Bar is more of a discussion piece than it is anything else. The documentary does contain scenes of real sex and it leaves you feeling a little conflicted about how you feel about it. We can see what Franco thought he was doing but we’re not entirely sure he achieved it. The conclusion isn’t anything different to what we would have expected if we’re honest. Interior. Leather Bar is