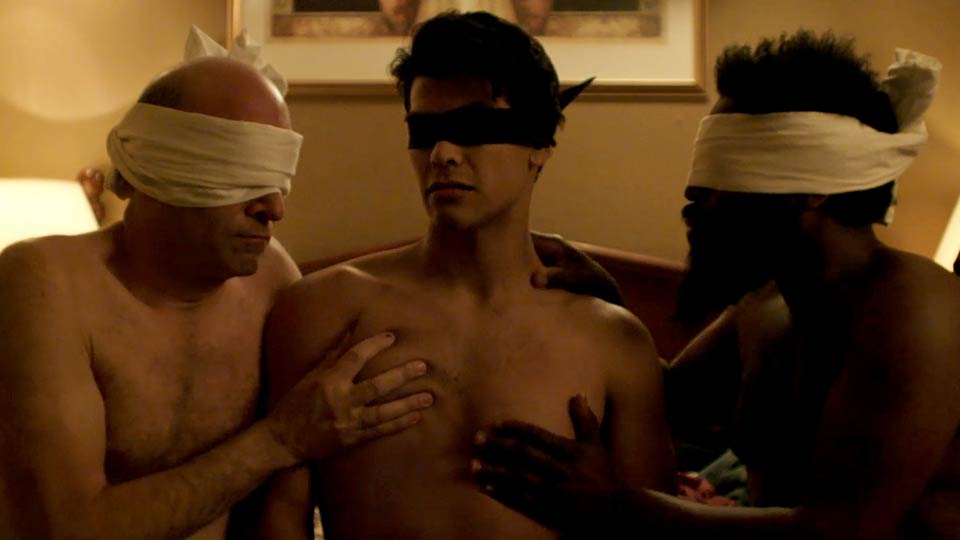 Travis Mathews, the acclaimed director of I Want Your Love and Interior Leather Bar, will release his latest movie Discreet on 23rd July 2018 on DVD and VOD.

A contemporary psychological thriller, Discreet stars Johnny Man (A Ghost Story), Joy Cunningham, Atsuko Okatsuka, and Jordan Elsass. It promises to give a disturbing insight into the dark heart of Trump’s America and explore the allure of YouTube gurus and the cyclic nature of trauma and abuse.

Filmmaker and recluse Alex lives in a van. He sets up his camera in rural areas in the US, in the no-man’s land near highways. During a rare visit to his distant mother, she reveals a dark truth hidden since his childhood that threatens to unravel him. Confused and unstable, Alex sets out to confront the looming shadow he has been running from all his life. But as he delves deeper in search of answers, Alex’s grip on reality becomes increasingly more tenuous and before long he finds himself unable to determine right from wrong.

Talking about the film Mathews offers, “I think in all my work I’ve put a premium on men who express vulnerabilities very candidly. I’ve explored this with sex and intimacy, but also in terms of loneliness and isolation. In Discreet, these same themes are explored with Alex, while I’ve also tried to make him an amplified reflection of the zeitgeist. As we all know, it’s pretty damn dark out there.”

He goes on to explain the influence of technology in the movie saying, “There’s a lot of isolation and long-distance attempts at intimacy via strange uses of technology in the Discreet world. It’s almost like traditional coping methods and ideas of intimacy have been proven to be ineffective and Alex is trying out new ones with imperfect results.”

Discreet has a running time of 80 minutes and will arrive on DVD and VOD on 23rd July 2018.