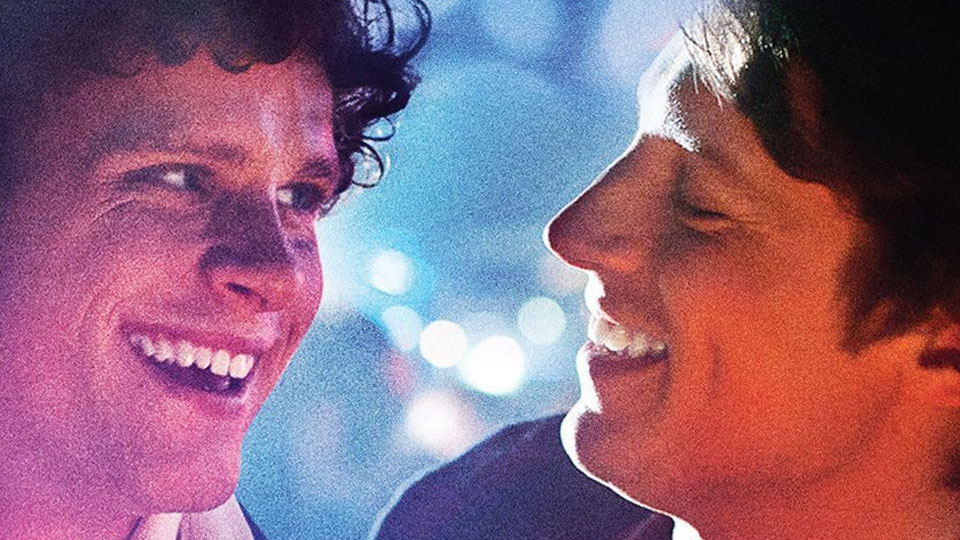 Rasmus (Adam Palsson) leaves his small town upbringing behind him when he moves to Stockholm in September 1982.  On Christmas Eve he meets handsome Benjamin (Adam Lundgren) and the two fall in love quickly. Soon their seemingly perfect relationship begins to fall apart when AIDs starts to affect their lives and the people they care for. As they try to hold onto their relationship everything changes around them and their lives can never be the same again.

Don’t Ever Wipe Tears Without Gloves is a three-part Swedish mini-series that was recently aired on BBC Four to  mark World Aids Day. The series has been a huge critical and public success and recently won the Kristallen (the Swedish Emmy) for Best Television Drama. The series is written by Joans Gardell who wrote the series of books that inspired it. It’s not hard to see why the mini-series has been such a hit as it captures a very specific period of time and is an emotionally compelling piece of drama.

The narrative of the story is punctuated with flashbacks from Rasmus’ childhood. He recalls his interactions with his parents and we witness events that led him to the life he leads in 1982 in Stockholm. Upon arriving he throws himself into the gay scene and experiences first-hand the life of gay men in the city. His relationship with his parents is strained after he leaves home and instead he finds a new family with a group of friends led by the flamboyant Paul (Simon J. Berger).

The performances of the two lead actors Adam Palsson and Adam Lundgren are what makes the mini-series such a great watch. Both are idealistic and wide-eyed when they meet but when the reality of the situation around them starts to sink in their relationship comes under a lot of pressure and they struggle to hold it all together. As their friends start to become sick and pass away, the two find their own lives affected by the AIDs epidemic. Simon J. Berger is also magnificent as their feisty and honest new friend who is the centre of the group they become close with.

Don’t Ever Wipe Tears Without Gloves is a wonderful mini-series that will evoke a lot of emotion from you. It’s hard to watch in parts and you won’t get to the final episode without shedding a tear or two. You invest in the characters because the writing and performances are so strong and you care about what happens to them. You root for Benjamin and Rasmus and try to hold on hope even when you know there’s no use. Don’t Ever Wipe Tears Without Gloves is a must-watch and it deserves all of the success it’s had to date.

In this article:Don't Ever Wipe Tears Without Gloves