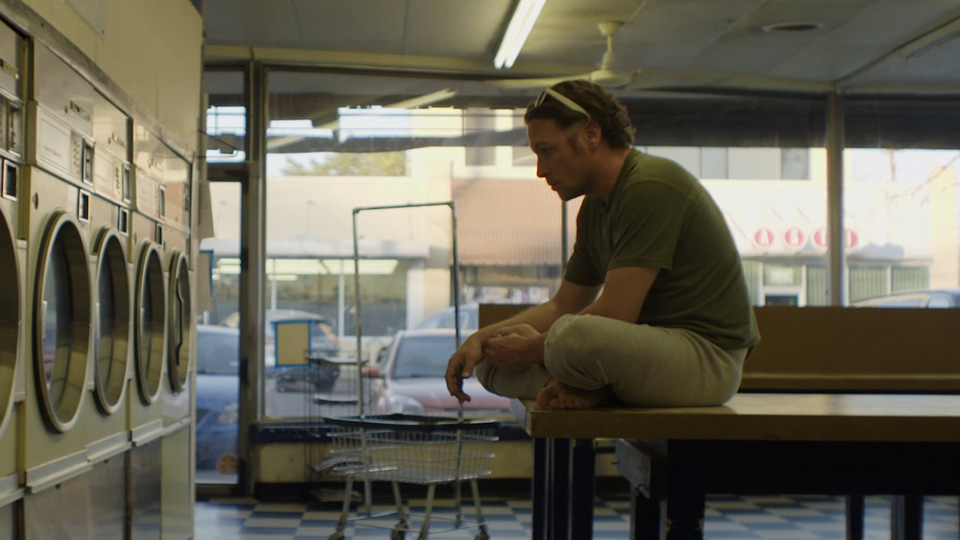 Alex (Jonny Mars) makes a trip to see his mother and learns that the man who abused him as a child is alive and living on the outskirts of the town. Seeking him out, Alex inserts himself into his abuser’s life, a man who is almost incapacitated and barely able to live alone. Deeply affected by what happened to him as a child, Alex starts to plot revenge as he processes what he’s been through and tries to decide what he should do next.

Discreet is the latest film from provocative film-maker Travis Mathews, the man behind I Want Your Love and Interior Leather Bar. A bleak and dreary drama, much of what unfolds in Discreet is so abstract that you wonder how it’s all going to tie together. Alex is clearly a messed-up individual and he has a strange addiction to a video blogger called Mandy (Atsuko Okatsuka) who he hopes to meet in real-life. The film is frequently disrupted by Mandy’s voice, which I actually found pretty annoying.

Performance-wise it’s hard to judge the cast really. Only Jonny Mars gets much to do and most of that he does silently. There’s not a lot of dialogue to sink your teeth into and the film completely lacks energy. Mars is adequate in the role but he doesn’t get a whole lot to work with, simply veering from contemplative to angry. There’s not a whole lot going on in-between.

Discreet is not going to be everybody’s cup of tea and it certainly wasn’t mine. The film didn’t really deliver on its premise and by the time the credits rolled I felt a sense of relief rather than one of enjoyment or fulfilment. Mathews tries so hard to deliver an abstract film that the story and the characters get completely lost. Discreet is a disappointment and for me, it’s not a patch on Mathews’ previous work.