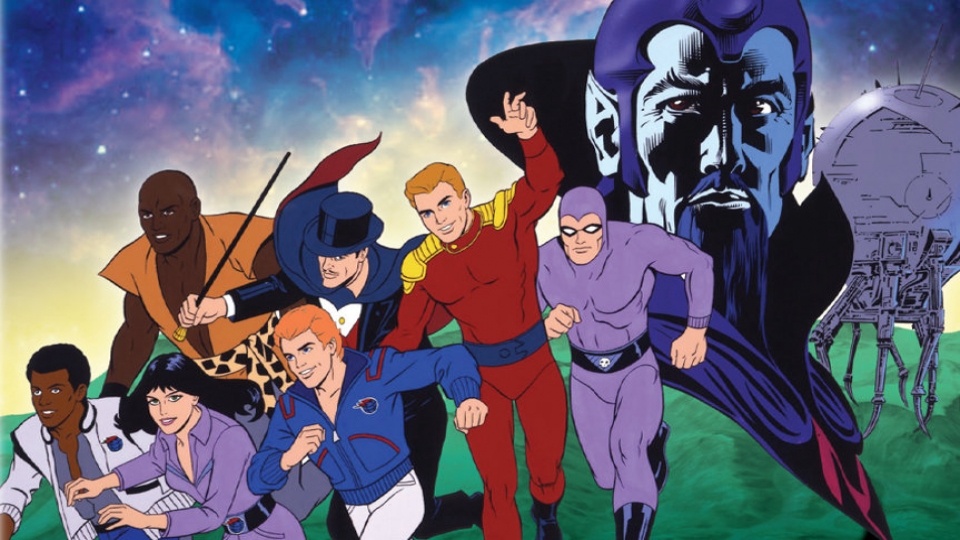 To celebrate the festive period EF has teamed up with Fabulous Films to offer our readers an amazing competition for Christmas! Here’s your chance to take home a huge collection of classic kids TV including;

Thirteen-year-old Marshall Teller has been uprooted from his beloved home in New Jersey to Eerie, Indiana which seems at first to be the most normal place in  the world, but Marshall soon discovers that there’s  more to Eerie than meets the eye.

Underneath the illusion of reality, Eerie is swarming weird stuff : women who seal themselves in Tupperware, werewolves,even Elvis lives on Marshall’s paper route! The only person that believes him is his new friend , ten-year-old Simon Holmes. Together they decide to investigate Eerie’s weirdness and keep record of it in hopes to one day show the world.

Defenders Of The Earth

The 1986 Marvel Production: Defenders of the Earth – The Complete Series is to be released in a fantastic 7 disc DVD set. The series was a big hit on UK TV in this golden age of cartoons and all 65 episodes are included.

In 1986, Marvel united four of their greatest comic strip heroes to form Defenders of the Earth. Led by Flash Gordon and featuring The Phantom, Mandrake the Magician and Lothar, they joined forces to battle Ming the Merciless.

With the huge recent Worldwide Marvel successes of Captain America, The X-Men, Thor and Iron Man – Defenders of the Earth is set to take the world by storm – unless Ming The Merciless has his dreaded way…

By far the best thing to come out of the ’80s wasn’t the New Romantics, or breakdancing, or even leg-warmers – it was The Raccoons!

This is the Evergreen Forest…Quiet…peaceful…serene. That is until Bert Raccoon wakes up.

Luckily he has some good friends to help him out.

The Secret World Of Alex Mack

Alex Mack is here to zap you back to the 1990’s in this hugely popular show – with all 13 uncut episodes from Season 1 finally released on DVD.  Following on from it’s huge success on Nickleodeon in the US, The Secret World of Alex Mack was originally broadcast in the UK by Channel 4, and ran for 4 seasons. It features the TV debut of Jessica Alba, as Alex’s school rival.

Alex Mack is your typical ordinary 13 year old, until her first day of Junior High in Paradise Valley, California. One minute she’s walking home from school, the next a truck crashes and she’s drenched in a top secret chemical. Since then nothing has been the same. It doesn’t take long for Alex to discover her new weird powers. She now has the ability to move objects with her mind, to shoot electricity through her fingertips and to morph in to liquid form.

However, some side effects are unpredictable and problematic. Alex confides in her best friend Raymond (who thinks it’s cool) and her brainy sister Annie (who thinks she’s a science project)- but she can’t let anyone else find out about her secret, not even her parents. The local chemical plant officials are hot on her heels and if they find out she was the one who was contaminated, they’ll want to experiment on her themselves!

To be in with a chance of winning all of these classic DVDs, simply answer the question below.