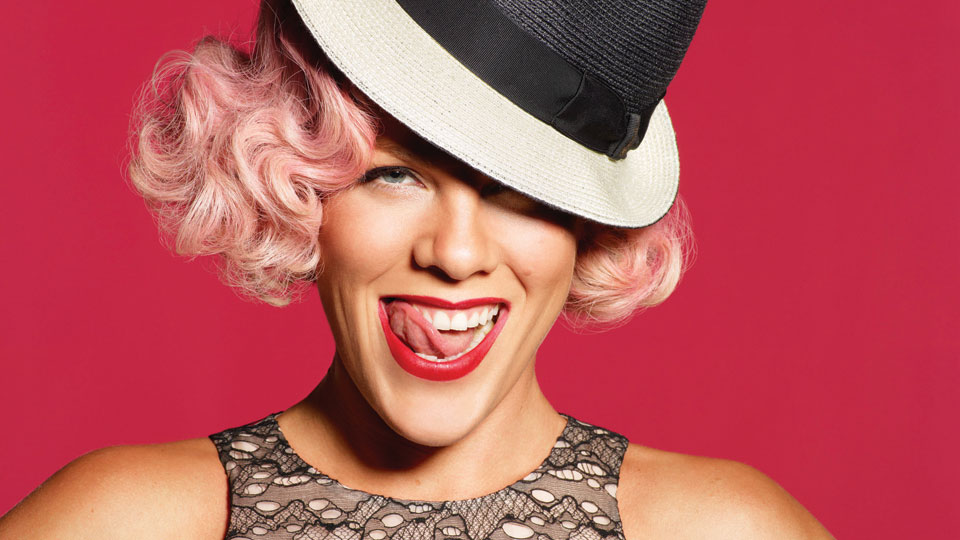 Pink is one of the best live artists around. Her shows are spectacular and she often leaves the audience breathless with her fearless approach to live performance. In support of her latest album The Truth About Love, which has sold over 2.6 million copies across the world, Pink kicked off a world tour back in February. She’s still on the road and is due to complete it in Las Vegas on 31st January 2014. Just in time for Christmas, Pink has released a recording of one of her shows from her Australian leg which took place in the summer.

The Truth About Love Tour is quite possibly Pink’s finest tour to date. Marrying all of her hit songs with spectacular stunts and choreography, Pink really does blow the competition out of the water. The setlist features songs from The Truth About Love as well as revisiting her numerous classics from over her career. Adopting a Vaudeville theme, The Truth About Love Tour opens with Pink’s underdog anthem Raise Your Glass and finds the singer sat in the audience before making her way to the stage.

One of the things that always stands out about Pink’s shows is her choreography. In the early days she used to dance more in her music videos and she always puts a lot of energy into her live show. One of the most incredible moments is Try where Pink recreates the choreography from her video and still manages to sing completely live. For Sober she’s lifted up in a giant metal ball with dancers clambering over it.

Other highlights during the set include a storming version of Are We All We Are, the tongue-in-cheek Slut Like You and a moment when Pink when reveals she’s lost her edge before singing the PG-13 version of Fuckin’ Perfect. We also love how she pays homage to her debut album with a Can’t Take Me Home medley even revisiting the gruelling dance routines from her early career. Throughout the show Pink is on form vocally and she seems so effortless.

Over the course of the set Pink unleashes a few surprises. A touching acoustic performance of Cyndi Lauper’s Time After Time is an emotional moment and earlier in the set Pink covers Chris Isaak’s classic hit Wicked Game to fantastic effect. The show comes to a close with Pink’s monster hit So What as she flies over the audience and sings her heart out. The audience love the spectacle and it’s something few performers can carry off. Pink truly is one of a kind.

Extras on the DVD include a Bluegrass version of Slut Like You, a featurette on the show’s compere Rubix and a behind-the-scenes documentary featuring interviews with Pink, her dancers and the tour crew.

The Truth About Love Tour is a fantastic show and finds Pink at the top of her game. Every tour she manages to out-do her previous efforts and we’re always left speechless. She may not be constantly on the front of all the newspapers and magazines but Pink makes a huge impact with her music. Unlike a lot of artists Pink lets her music speak for itself and she’s one of the finest pop artists in the industry today. We can’t wait to see what she serves up for her next tour.

Advertisement. Scroll to continue reading.
In this article:Pink