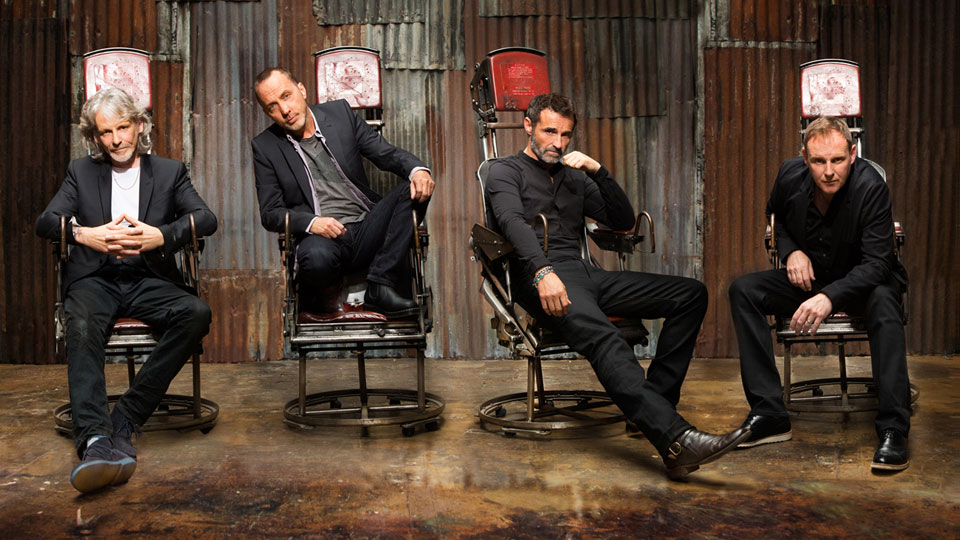 Wet Wet Wet are absolute legends. After breaking onto the music scene in 1987 with debut album Popped In Souled Out,  Marti Pellow, Tommy Cunningham, Graeme Clark and Neil Mitchell have gone on to rule the charts and enjoy success over four decades. Since 1997 the band has reformed every few years for live shows and released a new album in 2007, their first album of original material in 10 years. Now the band are on the road in support of greatest hits release Step By Step which features three brand new tracks alongside a selection of classic hits.

Last night Wet Wet Wet rolled into The O2 Arena in London and we went along to see the legendary band performing their hits and more. Arriving on stage around 9pm the band opened their set with Run from 2007 album Timeless before moving on to a varied setlist containing their biggest hits, fan favourites and cover versions. Wet Wet Wet performed an energetic set coming in at around 105 minutes in length that pleased the busy arena audience.

Many of the tracks over the course of the evening had been reworked with changes in key and tempo. Some of the higher notes from the earlier material were removed with Pellow singing in a lower register. That meant that some of the hits weren’t as recognisable as you would have expected but it was actually refreshing to hear new arrangements of songs we’ve lived with for years. Vocally Pellow was on the money for the entire night and he showcased his strength and power with long notes, rich vibrato and soaring vocals.

The highlights came thick and fast as the band performed classics such as Wishing I Was Lucky, Julia Says, Goodnight Girl and Angel Eyes (Home and Away). Sweet Little Mystery sounded surprisingly fresh and Lip Service was definitely one of the standout moments of the night. In the middle of the set we were treated to a handful of acoustic songs including the Fleetwood Mac classic Songbird and Picture This track Gypsy Girl. New track Step By Step, taken from the band’s current greatest hits release, was worked seamlessly into the set and sounded like classic Wet Wet Wet.

For the encore the band performed I Can Give You Everything and of course their biggest hit to date Love Is All Around. To begin with the audience sung Love Is All Around so loudly that Pellow didn’t need to bother and he basked in the appreciation. The song was soon restarted and it was a fitting end to a fantastic evening of live music.

Wet Wet Wet are still a formidable live band and Pellow’s charisma radiates from the stage. The setlist for last night’s show was a fantastic mix and the audience was clearly delighted with each and every song choice. The band was in as high spirits as the audience and it’s not a show anyone will be forgetting any time soon. Wet Wet Wet are absolute legends and we hope we don’t have to wait too long to see the band live again.