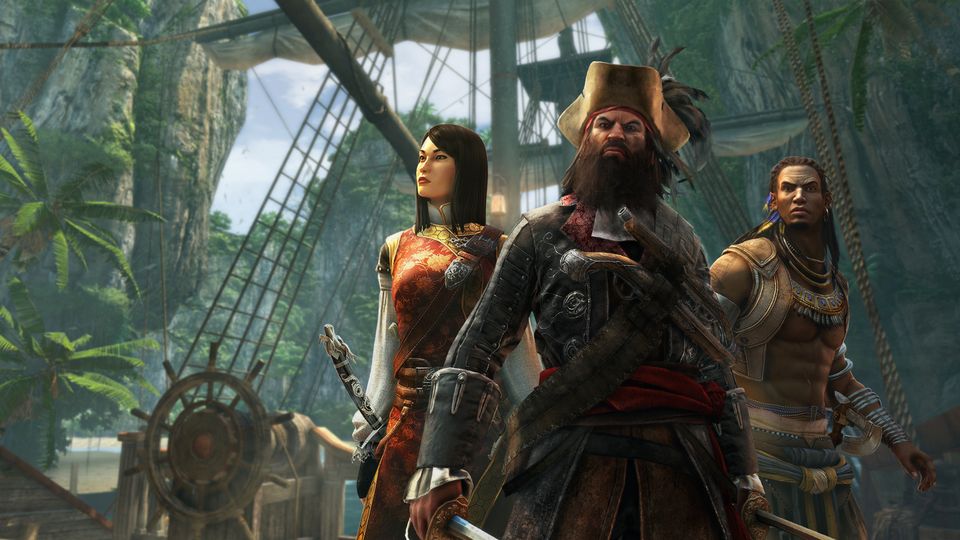 Ubisoft have announced that the first DLC for Assassin’s Creed IV Black Flag multiplayer, Blackbeard’s Wrath, is available today (10th Dec) on Xbox LIVE for Xbox One and Xbox 360 and PC. It’s also coming to the PlayStation Network for the PlayStation 4 and the PlayStation 3 tomorrow (11th Dec).

Three new characters join the hunt each bringing their unique skill set to battle for the title of best assassin: