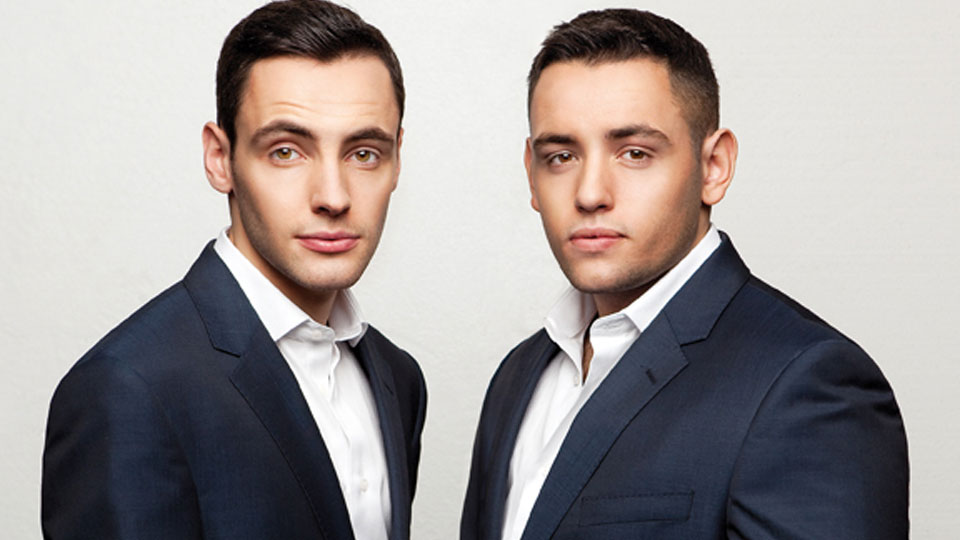 Richard & Adam may have been pipped to the post during this year’s Britain’s Got Talent live final but the Welsh singing brothers have had a pretty spectacular year. Their debut album The Impossible Dream spent four weeks at number 1 and has sold over 100,000 copies so far this year. Now ahead of the festive season, Richard & Adam are releasing their new album The Christmas Album full of traditional Christmas classics.

The Christmas Album opens with Silent Night which is sumptuous and powerful version of the holiday classic. Richard & Adam’s voices sound majestic against the gorgeous instrumentation and there’s a feeling of real tradition with their interpretations of these songs. Across The Christmas Album Richard & Adam steer clear of cheese and stick to tradition making this album a real joy to listen to.

The boys will be entering into the Christmas number one race with their version of I Saw Three Ships Come Sailing In (On Christmas Day). Do we think they’re going to clinch the top spot? No we don’t but the single should be a nice choice for those who don’t want a novelty act to reach the upper reaches of the chart. The song is a surprising choice and isn’t one of the better-known of the songs included on this album.

Elsewhere on the album Richard & Adam tackle festive favourites such as O Holy Night, The First Noel, O Little Town of Bethlehem and Adeste FIdelese (O Come All Ye Faithful). The highlight on the album is the gentle but stirring rendition of In The Bleak Midwinter on which both of the boys’ vocals sound strong against the simple instrumentation.

The Christmas Album is one for those who prefer their festive music to be in the more traditional vein. Richard & Adam have superb voices that easily lend themselves to this kind of emotive and joyful music. The duo’s core fanbase will likely be the Mums and Grans market but that’s the one that will dash out to the supermarket to buy the album. Don’t be surprised if this is one of the big Christmas sellers.