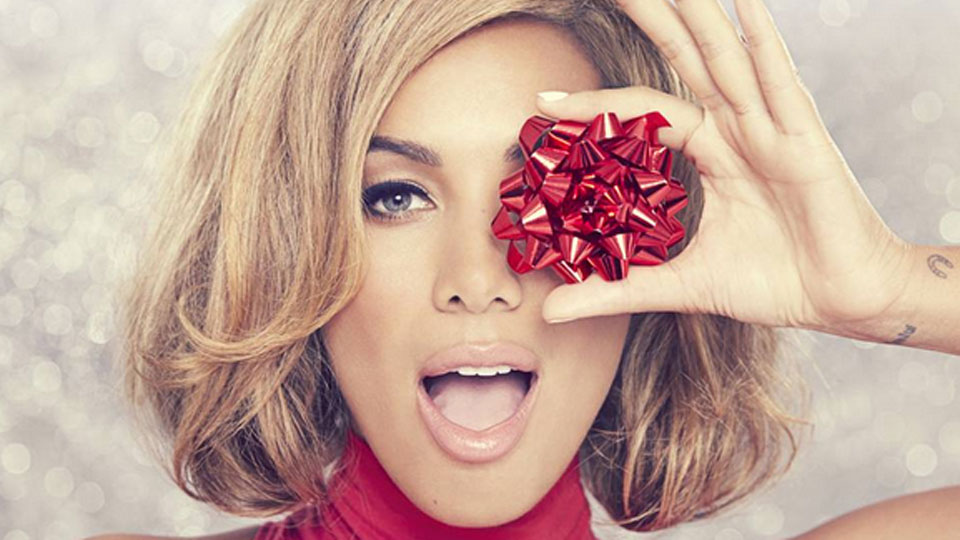 When your debut album is a huge seller and shifts over 3 million copies in the UK alone, it’s never going to be easy to top that. Leona Lewis won The X Factor in 2006 to much fanfare and the release of her debut album Spirit catapulted her as a global star. 2009 follow-up Echo sold well but didn’t reach the heights its predecessor achieved. Last October Leona released third album Glassheart which had experienced a variety of setbacks and delays after lead single Collide didn’t fare as well in the charts as expected. To date Glassheart is Leona’s worst selling album achieving only silver status in the UK. Those sales must have been a shock to Syco but still they have faith in Leona’s ability to come back from that career disaster.

Leona is getting into the festive spirit with her new release Christmas, With Love which contains a mixture of original tracks and festive classics. Ahead of the album’s release Leona teased that it would have a Motown feel and told fans to expect some surprises. Songs such as O Holy Night,  remind fans why they fell in love with Leona in the first place. Her beautiful and powerful voice takes centre-stage and she sounds simply fantastic.

Surprisingly most of Christmas, With Love is uptempo with only a handful of ballads in sight. The uptempo Christmas (Baby Please Come Home) is a good fit for Leona although her version isn’t quite as good as Mariah’s from back in the 90s, whilst against the odds I Wish It Could Be Christmas Everyday actually works well for her voice. White Christmas is a little bit too busy for our tastes and is the one moment on the record we could have done without.

Ave Maria is a moment that really surprises as Leona showcases her classical training. It’s a very faithful rendition of the track and Leona sounds fantastic. Could a classical album be in her future? We wouldn’t put money against it.

The best moments on the album are the original tracks. One More Sleep, which is the lead single, is a catchy festive track that we can imagine being played for years to come, and Your Hallelujah actually sounds like an established Christmas track. Our favourite is Mr Right which opens with festive bells and jingles galore as Leona wishes for the man of her dreams under her tree.

Christmas, With Love is a solid effort from Leona and it puts her incredible voice at the centre. The album serves as a reminder of why we all fell in love with her in the first place and it’s more fun a record than we expected. Where Leona goes from here is anyone’s guess but after the flop of Glassheart she needs to play to her strengths and craft an album worthy of her talent. This is a good step in the right direction.