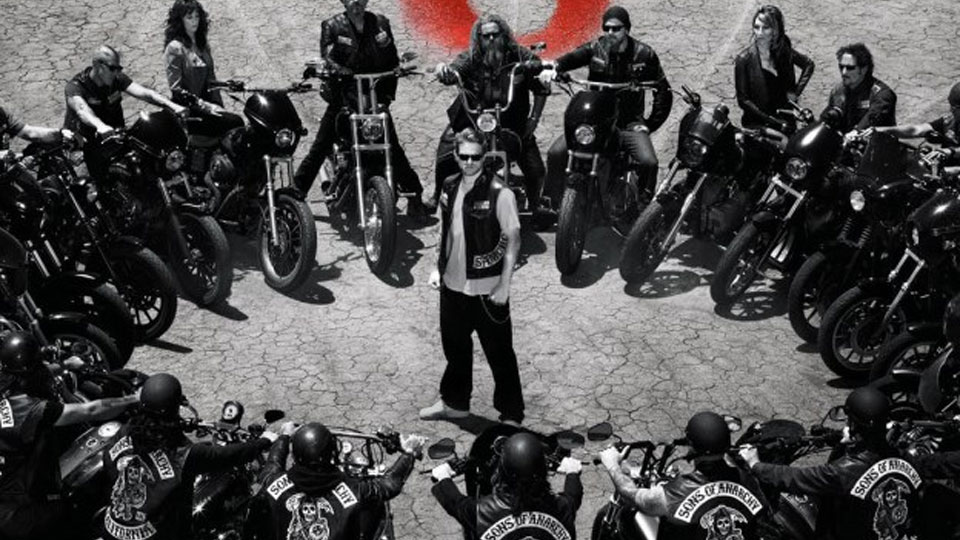 FX drama Sons of Anarchy is one of those rare shows where the ratings have increased over the course of its run due to critical acclaim and word of mouth from fans.  The show debuted in 2008 to modest ratings and has seen them more than double over its six seasons so far. It is rumoured that the show will come to an end with its seventh season meaning that fans don’t have too many new episodes to go. In the UK this week Season Five of the hit drama has just been released.

Sons of Anarchy: Season Five contains 13 episodes over 4 discs and is another dose of dark, gritty drama peppered with violence and plenty of action. The fifth season picks up after the dramatic season four finale and finds SAMCRO and the Niners at war following the death of Veronica Pope in the last season. Damon Pope (Harold Perrineau) is out to get Tigs (Kim Coates) following the death of his daughter and goes to pretty shocking lengths to make sure there’s no misunderstanding as to what he’s prepared to do to even the score. A series of home invasions aimed at the Club also occur throughout the season with surprising and devastating consequences.

Alongside the main storyline the strained relationship between Jax’s girlfriend Tara (Maggie Siff) and his mother Gemma (Katey Sagal) breaks down even further. The two women are locked in a constant battle over Jax and Gemma retaliates by trying to get Tara declared as an unfit mother. Over the course of the season the two women definitely have their ups and downs as they try to co-exist and get along.

The performances are at the heart of Sons of Anarchy. Ron Perlman and Katey Sagal are the standouts both giving unflinching performances as Clay and Gemma respectively. Charlie Hunnam as Jax is lacking the emotional range of his co-stars but he’s definitely upped his game since his Queer as Folk days. The other actor that deserves a mention is Jimmy Smits as Nero the head of Mexican gang Byz Lats who strikes up a relationship with Gemma.

The boxset is packed with special features included extended versions of some episodes, deleted scenes, selected audio commentaries, a gig reel and three featurettes taking you behind-the-scenes of the show and a fan concert held at the Club House.

Sons of Anarchy: Season Five is unlikely to convert anyone who hasn’t seen the show before mostly due to the interweaving nature of the storylines. Unlike some shows you really do have to have watched this one from the start to fully understand all the gang politics and complex relationships at the heart of the show. Sons of Anarchy is gritty in every sense of the word and won’t be the kind of show for everyone. If you like your drama on the dark side though you’ll love this and season 5 is a solid watch.