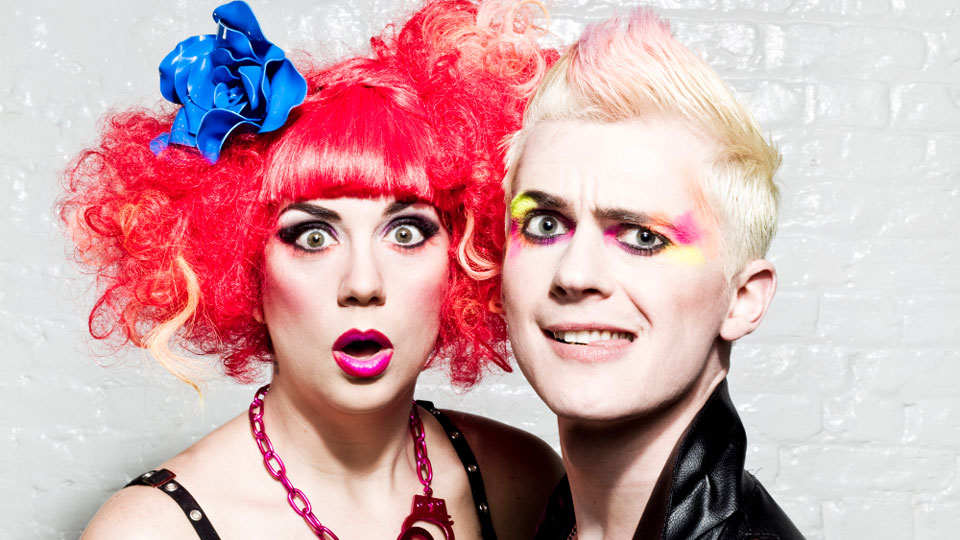 Anything planned for Sunday 15th December? If not, get yourself down to the Clapham Grand at 7.30pm for a pre-Xmas treat for a two-hour cabaret suitable for 18+.

Following its success in 2009 and 2010, the seasonal special returns to London as Frisky and Mannish headline an evening of cabaret by some of London’s foremost variety performers. The night, which sees the pair come together for the first time since their sell out shows at London Wonderground in July, finds a new home in the beautiful and historic surroundings of The Clapham Grand and is hosted by cabaret and burlesque veteran Des O’ Connor.

Featuring performances from West End Burlesque Queen Miss Polly Rae, London Cabaret Award- Nominees The Folly Mixtures, acclaimed musical duo Ginger and Black, sinuous acrobatic sensation Sammy Dinneen and cabaret hostess Lili La Scala, Beyond the ‘Christmas’ Cabaret is set to melt the hearts of even the most cynical of scrooges, helped along by a special performance from Benny The Elf of Truth, direct from Santa’s very own workshop.

Beyond the Cabaret has been at the forefront of the resurgence of the UK cabaret scene and quickly gained a reputation for consistently producing high quality shows and events. With a background in professional theatre, events production and management, Beyond the Cabaret has been directly involved in many high profile shows in the past 6 years, including Polly Rae’s Hurly Burly Show & All New Hurly Burly Show (Leicester Square Theatre), two shows for The Puppini Sisters (Koko and The Royal Festival Hall) and The London Burlesque Festival.

Frisky and Mannish first formed in 2008, debuting with the highly acclaimed Frisky and Mannish’s School of Pop at the Edinburgh Fringe in 2009. Since then, the duo have created three more full-length stage shows and toured extensively both nationally and internationally.

Check out the show on Twitter @beyonthecabaret or see the Beyond the Cabaret website for more details.

Tickets for Beyond the Cabaret are available on both Ticket Web and We Got Tickets.

In this article:Beyond the Cabaret, Beyond the Christmas Cabaret, Clapham Grand, Des O’Connor, Frisky and Mannish