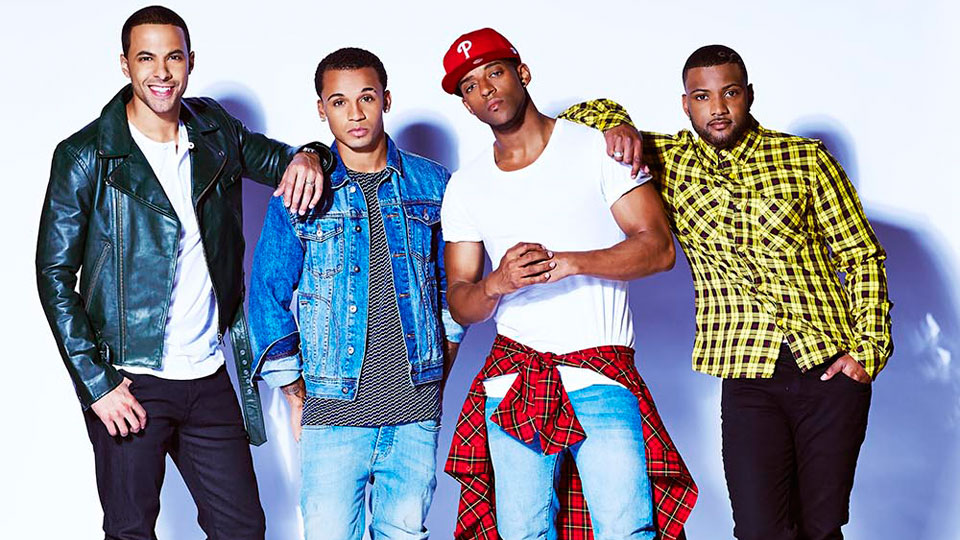 Since appearing on The X Factor in 2008, JLS have enjoyed a huge amount of success in the music industry.  With four studio albums to their name, it came as a surprise earlier this year when the band announced they would be calling it a day at the end of the year following their December arena tour. Deciding to go out on top rather than see their popularity and sales decline over the years like many groups, JLS are pulling out all the stops to make sure they give their fans the best farewell they can. Along with their final single, arena tour and greatest hits release, JLS have released new book Forever and a Day: One Last Goodbye.

Forever and a Day: One Last Goodbye is a hardback book that chronicles JLS’ career featuring lots of photographs and recollections from Aston, Marvin, Oritse and JB. Over the course of the book you can see their rise from starry-eyed kids through The X Factor experience and out the other end as multi-million selling boyband heart-throbs. Throughout the book the boys speak candidly about their time in JLS, their hopes as kids and their next steps. They contribute individually and share their personal feelings about the highs and lows of being part of one of the biggest boy groups in recent years.

The best part of this book is the sheer amount of photographs it contains. There’s a real mixture of photos including group and individual shots both candid and professional. The boys look really young during their X Factor days and it’s incredible to see how their style and look changed over the years.  At the back of the book there is a list of the group’s singles detailing their positions and release dates. There’s also details of all the awards JLS picked up over the course of their career.

Forever and a Day: One Last Goodbye is the perfect memento for any JLS fan this Christmas. We’re not wholly convinced that we won’t see JLS back together at some point down the road but for the moment this is the last chance for fans to enjoy them as a foursome. There are hints and reveals about what the future holds for the four members of the group so fans needn’t worry they’ll never see the JLS boys again. This book serves as a reminder of just how much the boys achieved in the last 6 years and that The X Factor can produce a credible and best-selling act.

In this article:JLS, The X Factor