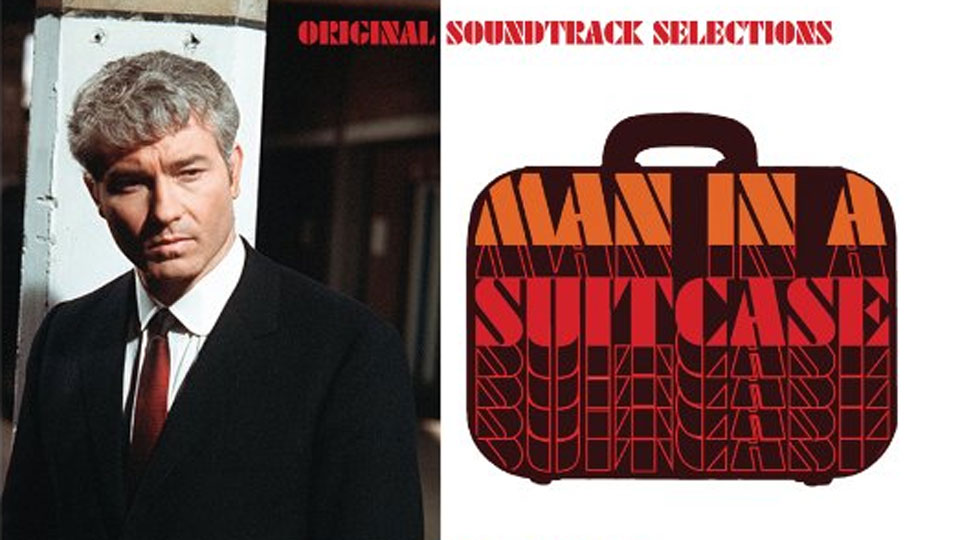 Celebrate British film and TV this Christmas with this selection of iconic British film and television releases. From Roger Moore to Christopher Lee via Morecambe and Wise, there’s something from the classic archives to tickle every fancy. So sit back, relax, crack open the port and enjoy the best of British this Yuletide.

Or if you know any fans of British film and TV, these ideas may prove the perfect gift.

Man in a Suitcase Vinyl Soundtrack

The iconic 60s show about the fugitive CIA agent, played by Richard Bradford, has just seen a spectacular release of its soundtrack on high-quality vinyl. Featuring music by legends Ron Grainer and Albert Elms, the product is certain to become a collector’s item and will be an instant hit with vinyl and classic TV fans.

The second title released alongside Man in a Suitcase is its fellow ITC stable mate, Randall and Hopkirk (Deceased). The cult 60s series chronicled the adventures of a pair of crime-fighting private eyes with a difference – one of them is dead! The soundtrack, released on glorious vinyl, features Edwin Astley’s spooky theme tune and score, and is a certain collector’s item.

Christmas isn’t Christmas without comedy duo Morecambe and Wise. They may be long gone, but their legacy lives on. You can recreate a Christmas tradition with these three episodes from 1978-1980 which feature their Christmas specials. Guest stars include Leonard Rossiter, Alec Guinness, Peter Cushing, David Frost, Glenda Jackson and many more.

For anyone who fancies original, gritty British drama, look no further than this collection of individual plays by leading playwrights and directors who were up and coming at the time. Featuring performances from Kevin McNally, Ian Charleson and Peter Egan amongst many others, Plays for Britain showcases the best of British talent.

British Legends of Stage and Screen

A great documentary for thespians and admirers of the creme de la creme of British acting talent. Featuring episodes on Derek Jacobi, Diana Rigg, Christopher Lee and Ian McKellen amongst others, the thorough and lengthy portraits of each actor is full of anecdotes and insight about the profession.

For a no-brainer, way-out psychedelic sci-fi treat, look no further than Robert Fuest’s weird and wonderful film from the early 1970s. Jon Finch pits himself against Graham Crowden as a bunch of disreputable scientists look to create the perfect self-replicating human.

Also in the ‘daft but fun’ bracket is this film from the late 1980s in which Superman-star Terence Stamp plays a biologist whose obsession with understanding the minds of apes leads to trouble.

The Man Who Haunted Himself

A great film for Roger Moore fans as it’s easily his finest performance. It’s a straightforward supernatural thriller, doing exactly as the title suggests, but Moore’s central performance is a must-see. If you’ve never seen it then get it on your Christmas list now.