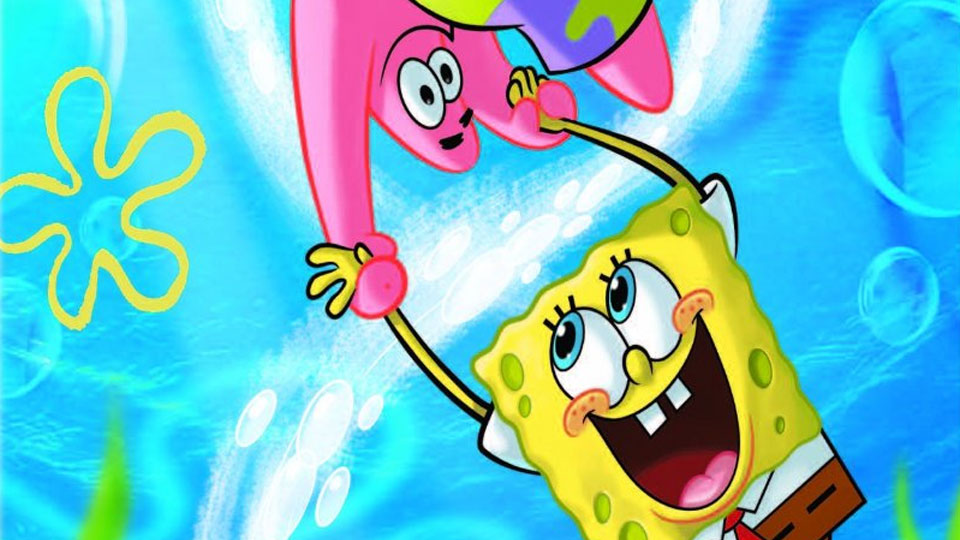 SpongeBob SquarePants is one of the most-loved cartoon characters in the world and one of Nickelodeon’s most successful. The over-enthusiastic sponge and his underwater friends have been going strong for over 14 years and are showing no sign of slowing down. Whilst the show’s ninth season is currently airing, SpongeBob SquarePants: The Complete Eighth Season has been released in the UK on DVD.

The four-disc boxset contains all 47 episodes from the show’s eighth season (they were broadcast in double bills for the most part over 26 weeks). As always with SpongeBob the stories are pretty crazy with a loveable maniacal quality that is loved by kids as well as adults. Like all good animated series, SpongeBob continues to work on two levels with plenty of jokes that will pass over the heads of younger fans but tickle the older viewers. The season kicks off with Accidents Will Happen which sees Squidward (Roger Bumpass) purposely injure himself so his stingy boss Mr Krabs (Clancy Brown) can cater to his every whim and desire.

Each episode of SpongeBob only runs for around 10 minutes so it won’t take you too long to whip through the boxset. There are lots of highlights along the way though and credit to the writers for cramming so much hilarity into such a small space of time. Our favourites from the season include The Hot Shot where SpongeBob (Tom Kenny) takes driving lessons from Tony Fast Jr the son of a legendary race-car driver, Frozen Face-Off where SpongeBob and his friends participate in a winter race for $1 million, and Sweet and Sour Squid where Plankton attempts to befriend Squidward in order to get his hands on the Krabby Patty formula.

Some favourite characters pop-up over the course of the season including Mermaid Man and Barnacle Boy (Mermaid Man Begins), Pearl (Barnacle Face), Mrs Puff (A SquarePants Family Vacation) and Grandma SquarePants (Pet Sitter Pat).  As always there are some big name celebrity voice cameos including John Goodman, Andy Samberg and Marion Ross. Honestly you wouldn’t particularly know it’s those actors playing the roles but they get into character and fit into the wonderful world of Bikini Bottom.

The season comes to a close with the double-length episode Hello Bikini Bottom! Where SpongeBob and Squidward form an unlikely musical duo and hit the road with Mr Krabs as their manager. You already know that one isn’t going to work out the way any of them hopes!

SpongeBob SquarePants: The Complete Eighth Season is absolutely bonkers and that’s why we love it. The adventures that take place in Bikini Bottom are off the wall and SpongeBob is one of the craziest but most lovable characters on TV. 14 years in and we’re still huge fans and we can’t wait to see what else the show has in store.