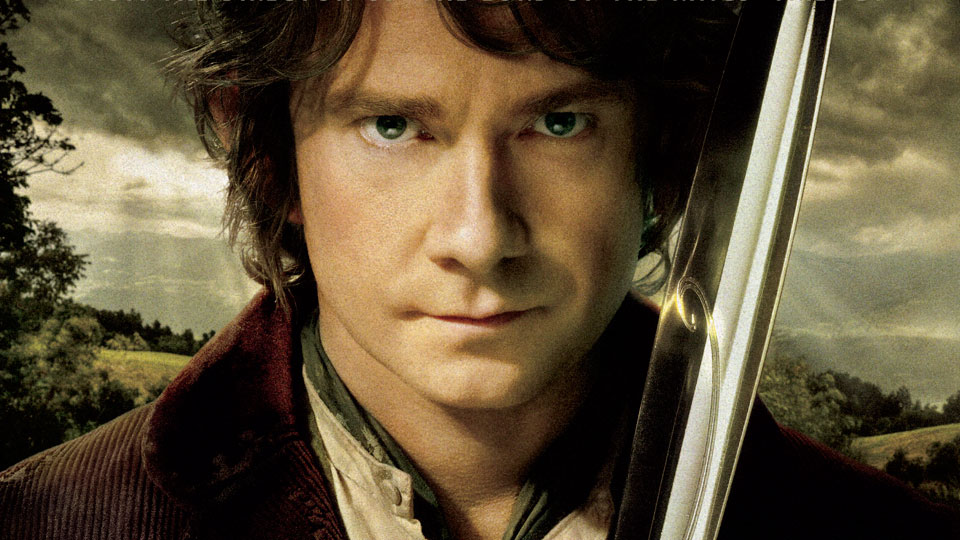 Brace yourselves for an amazing Hobbit-fuelled spectacular give-away, thanks to our friends at Harper Collins Publishing.

EF and Harper Collins are giving away three sets of 9 (yes NINE!) books based on The Hobbit: The Desolation Of Smaug and The Lord Of The Rings.

And best of all, we are picking 3 winners who each walk away with a full set of 9 books!

The Hobbit: The Desolation of Smaug Annual 2014 – out now

Published in advance of the amazing second movie in Peter Jackson’s trilogy, this is the Official Hobbit Annual, packed with stills, characters and information from the movie sensation. Join Bilbo Baggins as he continues his journey across the wilds of Middle-earth with Gandalf the Wizard and a company of thirteen Dwarves!

This Annual is the ideal gift for all Hobbit and movie fans. Full of character profiles, Hobbit activities and information, this is the perfect companion to the blockbuster movie.

The Hobbit: The Desolation of Smaug Chronicles – out Dec 13th

The ultimate celebration of the second Hobbit movie reveals the full creative vision of the art and design teams with more than 1,000 exclusive images and photos, including designs and concepts that never made it to the big screen.

The Hobbit: The Desolation of Smaug Chronicles – Art & Design explores and celebrates the creative vision of the second film in Academy Award-winning filmmaker Peter Jackson’s trilogy adaptation of The Hobbit by J.R.R Tolkien.

This lavish volume follows Bilbo, Gandalf and Thorin’s Company of Dwarves eastward, through hitherto unseen regions of Middle-earth, on their quest to reclaim the lost realm of Erebor from the Dragon Smaug. Exploring the design and development of the environments, cultures, creatures and artefacts encountered by the characters, it is filled with more than 1,000 stunning images of conceptual art, supplementary photographs and detailed commentary provided by the film’s cast and crew.

As a bonus feature, unique to this book, there is a special fold-out replica of the portrait of the Master of Lake-town, played by Stephen Fry, exactly as it appears in the film.

Compiled by Weta Workshop senior concept designer Daniel Falconer, this is the third book in The Hobbit: Chronicles series and it has been created in full collaboration with key members of the production’s creative team to ensure the most comprehensive and authentic film companion possible.

The Hobbit: The Desolation of Smaug Ultimate Sticker Book – out now

With 10 pages of stickers plus lots of stunning activities, this amazing book is a great companion to the exciting new movie, The Hobbit: The Desolation of Smaug. This book is filled with information on all of the main characters – good and evil – plus puzzles, quizzes and more.

With colourful images and over 100 reusable stickers from Bilbo to Gandalf, Orc to Goblin – you’ll find them all here!

The classic best-seller behind this year’s epic second instalment The Hobbit: The Desolation of Smaug, now in a perfectly-sized pocket hardback.

This new film tie-in edition features the complete story of Bilbo Baggins’ adventures in Middle-earth, with a striking cover image from Peter Jackson’s film trilogy and drawings and maps by J.R.R. Tolkien.

The Hobbit: The Desolation of Smaug – Movie Storybook – out now

Relive the whole story of The Hobbit: The Desolation of Smaug in this fantastic photo-filled book. Join Bilbo Baggins and the company of dwarves on their amazing journey to defeat the dragon, Smaug, in this fully illustrated storybook of the second of Peter Jackson’s stunning Hobbit movies.

Packed with stills from the film, this is one book that Hobbit fans and movie-goers will not want to miss!

The Hobbit: The Desolation of Smaug Official Movie Guide – out now

Packed with exclusive behind-the-scenes photographs, the special collector’s hardback edition of this official illustrated guide tells the detailed story of the making of the second film in the award-winning Hobbit trilogy, directed by Peter Jackson.

Journey deeper into the magical world of the hobbit, Bilbo Baggins, through exclusive interviews with director Peter Jackson, Martin Freeman, Orlando Bloom and principal filmmakers and new cast members, including Stephen Fry as the Master of Lake-town, Evangeline Lilly, who plays Tauriel the Elf, and Benedict Cumberbatch, who reveals filmmaking secrets about playing the dragon, Smaug.

Richly illustrated with a treasure trove of behind-the-scenes photos of the actors, creatures and costumes, and numerous special effects scenes, this essential guide is an indispensable companion to the second film in the award-winning trilogy.

The Hobbit: The Desolation of Smaug – Visual Companion – out now

The second epic instalment of Peter Jackson’s trilogy The Hobbit: The Desolation of Smaug will see The Company of Thorin Oakenshield encounter even greater perils in their quest to claim their long-forgotten gold. After setting out from the safety of Bag End, Bilbo Baggins has journeyed through Middle earth with his fourteen companions, fighting through fire, Wargs, Goblins and even escaping the creature known simply as Gollum.

Introduced by Richard Armitage, who plays Thorin Oakenshield, and with over 100 rich illustrations, the Visual Companion is the perfect guide to the Company’s passage to Erebor and the Dragon that awaits them…

The classic best-seller behind this year’s biggest movie, this film tie-in edition features the complete story of Bilbo Baggins’ adventures in Middle earth as shown in the film trilogy.

With a striking cover image from Peter Jackson’s film adaptation and drawings and maps by J.R.R. Tolkien.

Immerse yourself in Middle-earth with Tolkien’s classic masterpieces behind the films, telling the complete story of Bilbo Baggins and the Hobbits’ epic encounters with Gandalf, Gollum, dragons and monsters, in the quest to destroy the One Ring. When they were first published, The Hobbit and The Lord of the Rings became instant classics. Treasured by readers young and old, these works of sweeping fantasy, steeped in unrivalled magic and otherworldliness have sold more than 150 million copies around
the world.

This new boxed gift set, published to celebrate the release of the first of Peter Jackson’s three-part film adaptation of JRR Tolkien’s The Hobbit, The Hobbit: An Unexpected Journey, contains both titles and features cover images from both films. It offers readers a new opportunity to discover Tolkien’s remarkable world of Middle-earth and to follow the complete story of Bilbo Baggins and the Hobbits’ part in the epic quest for the Ring – beginning with Bilbo’s fateful visit from Gandalf and culminating in the dramatic climax between Frodo and Gollum atop Mount Doom.

To be in with a chance of winning one of 3 bumper book-bundles from Harper Collins’ The Hobbit: The Desolation Of Smaug collection, just answer the question below.

In this article:Bilbo Baggins, Competition, J.R.R Tolkien, Martin Freeman, The Hobbit, The Hobbit: The Desolation of Smaug, The Lord Of The Rings