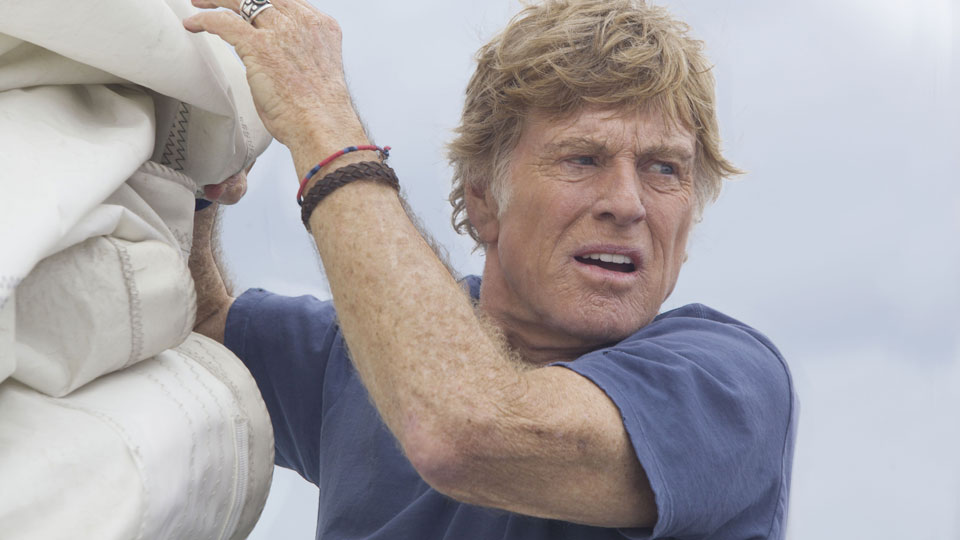 The trailer for Robert Redford’s new movie All is Lost has been released.

Written and directed by J.C. Chandor (Margin Call), All is Lost is an open-water thriller about one man’s battle for survival against the elements after his sailboat is destroyed at sea. The film is due for release on 26th December 2013.

The synopsis for All is Lost is:

Deep into a solo voyage in the Indian Ocean, an unnamed man (Redford) wakes to find his 39-foot yacht taking on water after a collision with a shipping container left floating on the high seas. With his navigation equipment and radio disabled, the man sails unknowingly into the path of a violent storm. Despite his success in patching the breached hull, his mariner’s intuition and a strength that belies his age, the man barely survives the tempest.

Using only a sextant and nautical maps to chart his progress, he is forced to rely on ocean currents to carry him into a shipping lane in hopes of hailing a passing vessel. But with the sun unrelenting, sharks circling and his meager supplies dwindling, the ever-resourceful sailor soon finds himself staring his mortality in the face.

Check out the All is Lost trailer below:

Advertisement. Scroll to continue reading.
In this article:All is Lost, Robert Redford