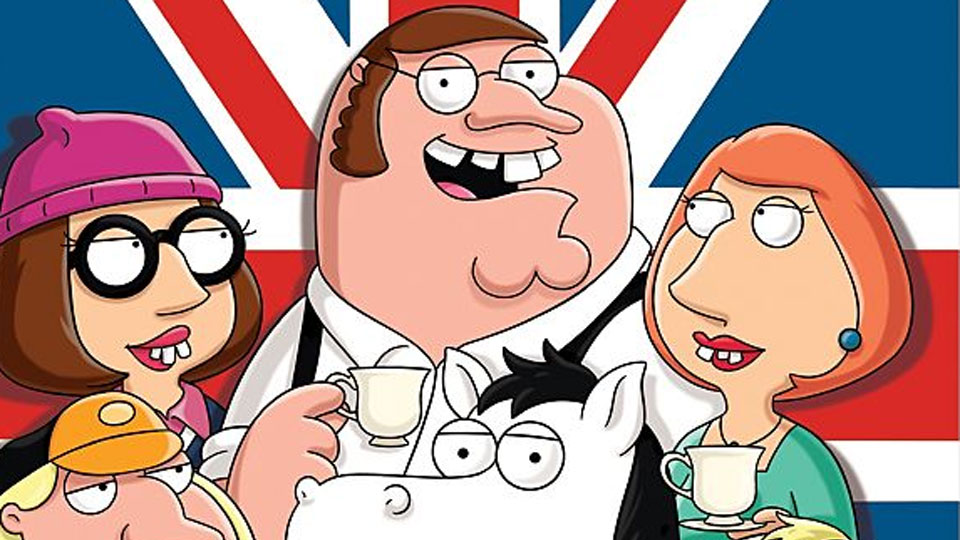 We’re going to start off this review by saying that we’re not impressed we’ve had to wait 18 months for a new DVD boxset of one of our favourite shows. Season Eleven (which was actually episodes from season 9) was released in February 2012 and for some reason we’ve had to wait a ridiculously long time for Season Twelve (actually season 10 episodes) despite already being two years behind the US releases. Regardless of the wait, and the mucked up seasons, we’re delighted to have a brand new boxset boasting more episodes than any other release in the series.

Family Guy: Season 12 contains all 23 episodes from what was originally aired as season 10 in the US. Fans of the show will be pleased to know that the humour is as razor sharp as ever often veering into the very un-PC. You’ll find yourself laughing at lots of things and feel a bit bad about it at the same time which is part of the beauty of Family Guy. Whereas some critics label the show offensive, we actually think making light of certain situations is actually very funny and highlights the witty observations of the show’s writers.

The season opens with Lottery Fever which finds the Griffin family enjoying being rich after Peter buys more than 200,000 lottery tickets. Of course with the Griffins being a rather unusual bunch they soon get overtaken with stupidity and hilarity ensues. The episode is just one of many highlights over the course of the season and had us laughing until tears streamed down our faces.

One of the things we love about Family Guy is the completely random situations the Griffin family find themselves in. In Stewie Goes for a Drive Peter finds himself the object of actor Ryan Reynold’s affections, Amish Guys sees the family stranded amongst an Amish community on their way back from an amusement park, and Meg and Quagmire features the most unlikely hook-up we’ve ever seen on the show when Meg finally turns 18. The cover of the release features a British version of the Griffin which is taken from a segment in the fantastic episode Family Guy Viewer Mail #2.

Our favourite episode of the season is Back to the Pilot where Stewie and Brian use a time machine to travel back to the show’s pilot episode to change history. The end results are hilarious of course and we still think the show’s strongest episodes are those that put Stewie and Brian at the centre of the action.

The boxset is packed with great extras that fans of the show will love. As well as a selection of animatic from over the course of the season there’s deleted scenes, audio out-takes from guest star Ricky Gervais, selected side-by-side commentaries and a featurette where Ron MacFarlane reads out viewer mail.

Family Guy: Season Twelve is not for the easily offended but if you like your humour with a bit of edge than you’ll lap it up. We think that the show is as strong as it’s ever been and suggest you don’t listen to some of the critics who suggest it’s losing steam. Family Guy is without a doubt the funniest show on TV and one of our very favourite shows. We just hope we don’t have to wait a long time for another boxset as the wait this time round was killer.