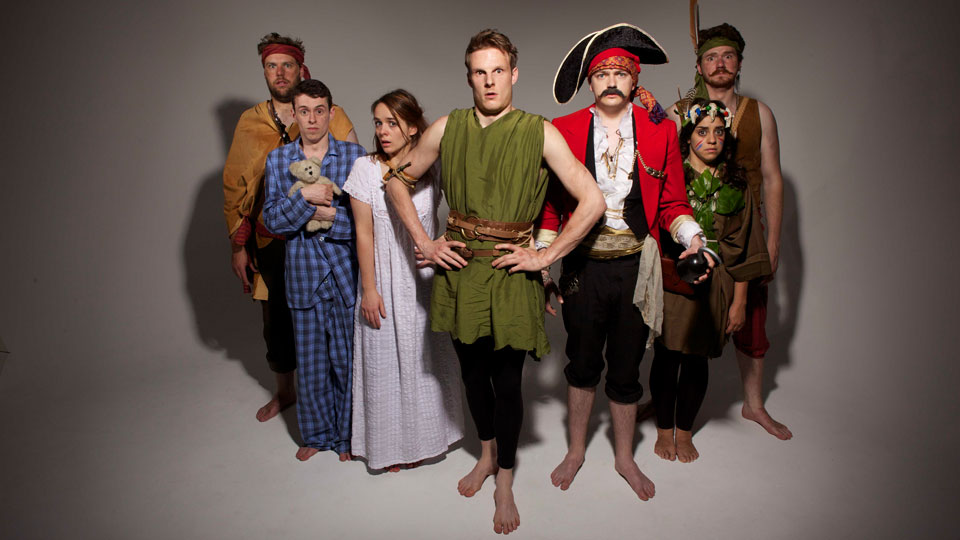 The maestros behind hit farce The Play That Goes Wrong, which played at the Old Red Lion Theatre before transferring to Trafalgar Studios on the West End, return with a festive hit.

Mischief Theatre have turned their manic attention to JM Barrie’s popular tale of the boy who never grew up, with their show Peter Pan Goes Wrong.

This Yuletide offering from the accident prone, disorganised and yet enduringly optimistic Cornley Polytechnic Drama Society sees them transfer their dubious talents from 1920’s mystery Murder at Haversham Manor to their most ambitious production to date: Peter Pan. Two acts of hysterical disaster ensue as Lecoq style clowning meets fast paced classic British farce: the lost boys are still in Hammersmith, the flying system hasn’t been used since the late ‘80’s and there’s more than one actor with his eye on playing Peter.

Mischief Theatre is dedicated to creating engaging and exciting improvised and new writing comedy theatre, through well-honed improvisational and comedic technique and strong theatrical ensemble work. Since forming in 2008 the company have performed across both the UK and Europe, with past credits including Lights! Camera! Improvise! (Winner of the Spirit of the Fringe Award, 2013), Mogic (2010) and The Play that Goes Wrong (Winner: Six-Star Bobby Award Edinburgh Fringe 2013).

Peter Pan Goes Wrong runs to 105 mins and is suitable for ages 7+.