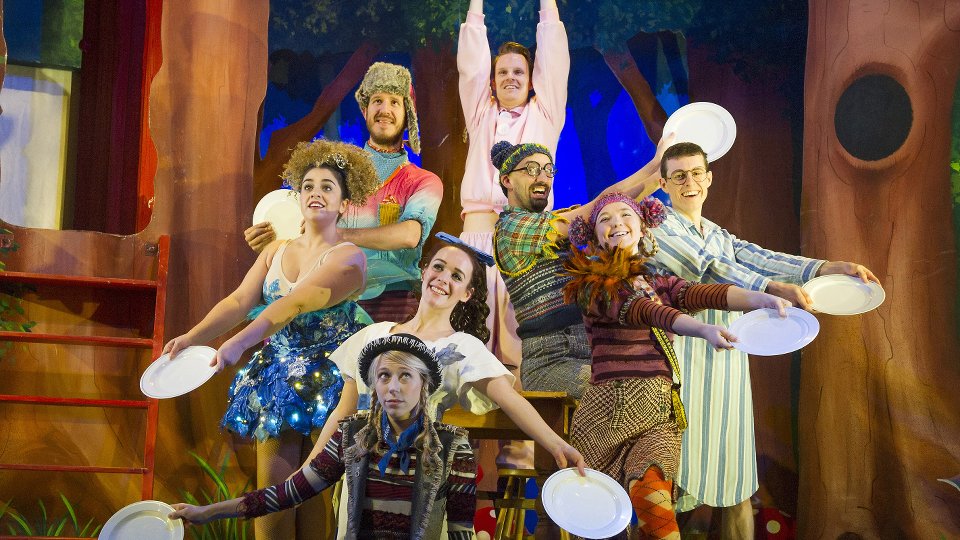 Hit West End show Peter Pan Goes Wrong is coming to BBC One this Christmas it has been announced.

As part of its commitment to community theatre, the BBC has allowed The Cornley Polytechnic Drama Society, an amateur dramatics group, to put on a show as part of their festive programming. But can they pull it off? Filmed in front of a live audience, watching as Peter Pan flies through the air, Captain Hook and his pirates set adrift in the lagoon, and Tinkerbell is due to light up the stage in a stunning electrical costume… what can possibly go wrong?! With their trademark comic mayhem expect hilarious stunts, chaos, technical hitches, flying mishaps and cast disputes on the way to Neverland with hilarious and disastrous results.

Peter Pan Goes Wrong is a Buster Keaton-inspired slapstick farce that packs in plenty of laughs. It is is a BBC Studios comedy production commissioned by Shane Allen and executive produced by Stephen McCrum that will be filmed at Pinewood Studios.

Shane Allen, Controller Comedy Commissioning commented: “This word of mouth phenomenon is an absolute riot which plays to all ages and hits the sweet spot for the BBC One family audience.”

Mischief Theatre added: “We are delighted to be bringing the mishaps of The Cornley Polytechnic Drama Society’s production of Peter Pan Goes Wrong to BBC One this Christmas. We are quite staggered at the success of the simply disastrous stage shows this company keeps putting on and hope that their attempt at television doesn’t ruin the nation’s festive cheer!”

Peter Pan Goes Wrong will air on BBC One this Christmas.