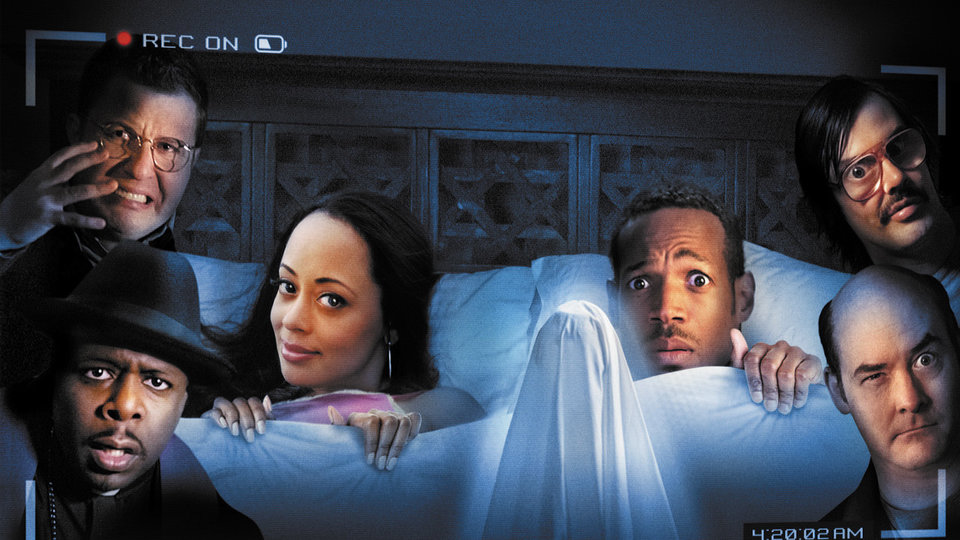 This Halloween, Eone and Vertigo Films will be settling into the US box office horror/comedy smash-hit A Haunted House, out on DVD and Blu-ray now.

When overactive man-child Malcolm (Wayans) takes the plunge and lets girlfriend Keisha (Essence Atkins) move into his house, he quickly senses they’re no longer alone. Videotaping a series of paranormal events, Malcolm is shocked to discover the love of his life carries more than your average relationship baggage. Malcolm enlists the help of priest/ex-convict Father Williams (Cedric the Entertainer) to exorcise the demon from his girlfriend before it ruins his relationship… AND his sex life.

Marlon Wayans and Cedric the Entertainer deliver riotous performances in a raunchy supernatural comedy that pokes no holds barred fun at our deepest fears. A Haunted House is demonically good fun!

To be in with a chance of winning one of 3 DVDs simply answer the question below.