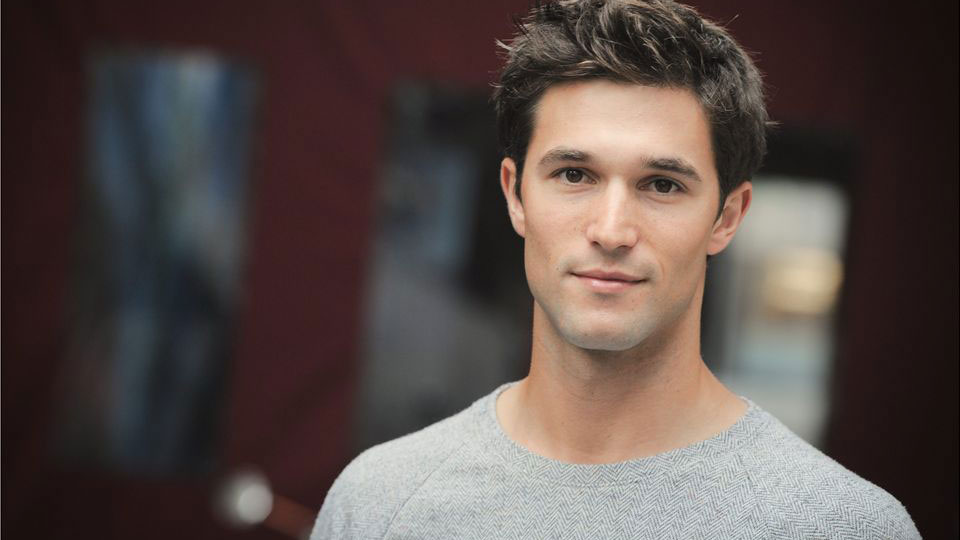 British actor Jack Turner has just been announced as one of the leads in JC Calciano’s (Is It Just Me?, eCupid) new movie The 10 Year Plan.

The 10 Year Plan is due to go into production soon and currently has an Indiegogo campaign running to help fund the movie. This is due to close on November 12th and you can get involved by going to http://igg.me/at/10yearplan

We caught up with Jack to talk about The 10 Year Plan, find out what attracted him to the project and to discover more about the talented actor.

Tell us a bit about you as an actor – What brought you to Hollywood? Where are you from? What is your background?

I’m from the UK, but before living in LA I was in San Francisco. I was working for Google up there, but I took acting classes most evenings at Shelton Studios, a wonderful acting school that was the best education I’ve ever received. About two years ago I left my job at Google and here I am in LA, excited to shoot this movie.

It’s just been announced that you will be playing the lead role of Myles in new film The 10 Year Plan. Tell us about the movies story-line.

It’s a great story line. Myles is a real romantic, desperate for love. His best friend Brody is a bit more of a player. They’re friends, but also they love each other. When they are 25 they make a pact that if they are not with anyone else in 10 years they will get together. We follow them through that journey…

What was it that attracted you to the movie?

Three things: 1. Storyline – it’s a really fun, entertaining story with terrific writing. 2. The fact that it’s a romantic comedy about a gay relationship, but the fact it’s a gay relationship isn’t a source of conflict in the movie. I think society needs the media to portray that story. 3. What I can learn from Myles as a character – I always want to give everything I can to my character, and also take as much as I can. I think Myles has quite a lot to teach me.

What traits, if any, do you share with Myles?

I think Myles and I are similar in that we really care for people deeply. Myles has a massive heart, and is wildly romantic. I’m also a huge sucker for romance. I think Myles can border on the desperate and over the top at times, but he’s really just trying to do his best all the time, which is definitely a trait I share.

Tell us about the casting process. What did you do to clinch the role? Why do you think the director chose you to play Myles?

JC and Mark have been so great throughout. I’m not sure what I did to cinch the role – but I just tried to be myself as fully as possible. Sometimes, you act a character with a very different personality, but often in auditions you simply don’t have time to prepare that. So you go into the room as open and as present as possible. I think openness to direction is really important, that way you and the director can craft a vision together.

How was your experience at the table read? Tell us about your first meeting with the other actors in the film?

The table read was so fun, just a get together so we could all hear the flow of the movie. I met most of them during the callback session, so it was great to see them again. Not everyone could make it so some of us pulled multiple character duty. It was hilarious to hear some of the guys really mess around with the characters. I’ve just been blown away by everyone – It makes you realize how rich with talent LA is when you get a group together like that.

As an actor what kind of preparation do you do for a role?

Honestly, I do a lot of different things, and try to approach the text and subtext from every possible angle. I try to understand what elements of my psychology I’m bringing to the character, and what character traits I need to enhance to fulfill the character. It’s important to me to bring myself up to the character, rather than bring the character down to me. That can be a real trap. I worked with a Chekhov coach (the wonderful Marjo-Riikka Makela) on this character, as I often do. And of course, preparation is great, but when you’re on set you need to throw all the preparation away and just be in the moment and in your feelings. That’s when things get scary and interesting.

Would you, or have you ever, made your own 10 Year Plan with anyone?

Is that an offer? Because I have a napkin right here let’s draft this thing up…

Have you seen the director’s other films? What was it that made you want to work with him?

I haven’t seen enough of JC’s films yet, I’ve just watched clips, but I’ve loved what I’ve seen! I can’t wait to watch more. I hear he has this great movie coming out called ‘The 10 Year Plan”… No seriously, like I mentioned earlier I just love the fact that this is about a gay relationship, which isn’t a central conflict in the movie. There have been great movies about the challenges gay relationships face in our society. However, what JC is doing is actually more important – to move past that, and make a family-friendly romantic comedy where the relationship in question just happens to be a gay one. It’s a really powerful, implicit message. I’m thrilled to be a part of it.

Get involved with The 10 Year Plan Indiegogo campaign at http://igg.me/at/10yearplan

In this article:Jack Turner, JC Calciano, The 10 Year Plan