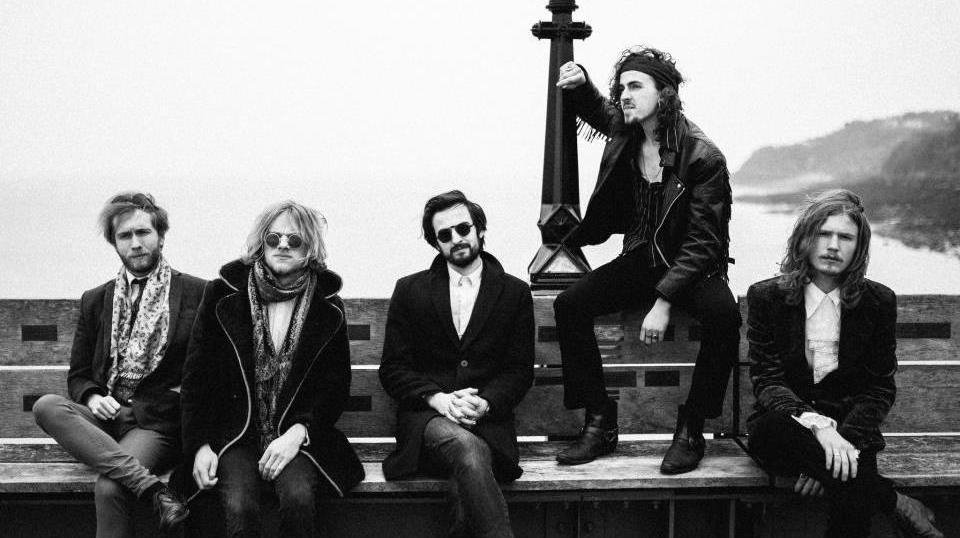 Formed in 2012, the band’s music is a soundscape of light and dark and all that’s in between, having cited their musical influences as Pink Floyd, Radiohead, The National and Kings Of Leon. Following the release of their debut EP Bellavue this July, PYLO’s unique sound has been steadily garnering the nation’s attention thanks to backing from broadcasters such as Radio 1. Fresh from opening the Replay stage at Bestival, the youngsters appealing energy and infectious enthusiasm for performing live shines through and their huge booming sound threatened to rip through the roof of the small public house.

Intelligent and uncompromising in their approach, PYLO are born of a mutual desire to make compelling and original music that has fifty years of great British rock n’ roll imbedded in its DNA. Together, the group strive to create a bright and beautiful amalgamation of everything that is great about original music.

Single Enemies brought a haunting silence as the crowd stood captivated by an effortlessly stunning delivery from lead singer Matt Aldus, building to a crescendo of epic proportion, complete with a symphony of reverberant electric guitars and potent gang vocals. New offering View, a disarming and delightful slice of British stadium-gaze, utterly enthralled, whilst other unknown songs continued to draw applause and open admiration, despite sounding somewhat samey.

PYLO possess a far broader pallet of influences; from a legacy of rhythm and blues through to progressive, right up to the recent post-rock, exhibiting a special level of technical skill. The band have a battered sea chest full of stadium filling, climactic and clever rock n’ roll fit for the iPod generation and the vinyl junky alike.

In this article:Camden, Pylo, Saint Anges, The Monarch