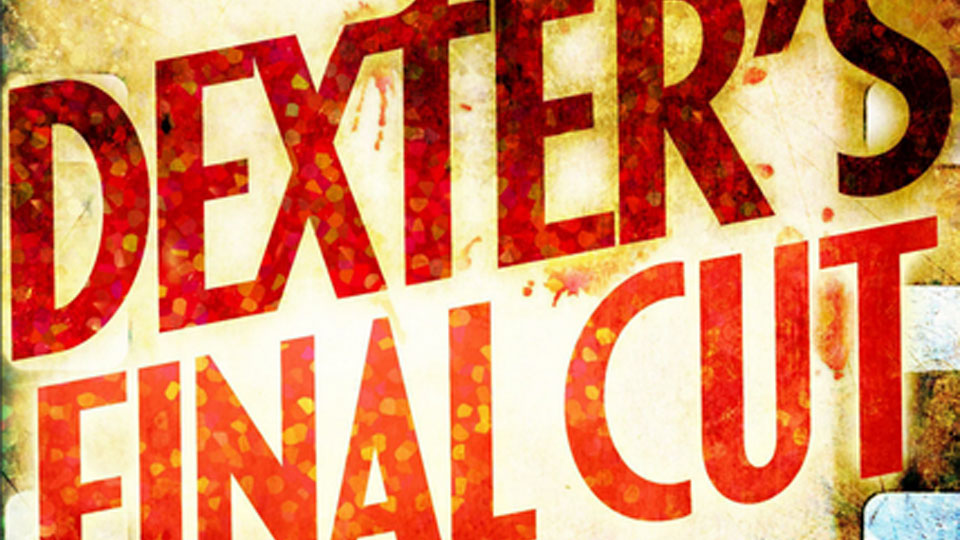 Blood spatter analyst Dexter and his sister Sergeant Deborah Morgan are assigned to work with TV stars Robert Chase and Jackie Forrest when the actors come to Miami to shoot a new show. Not happy about it, Dexter begins to find Robert irritating which is mostly due to being unable to exercise his Dark Passenger with the actor constantly around. A series of gruesome and sexual murders start to happen across Miami and it seems they could be connected to the arrival of the TV stars. As Dexter and Debs stay close to Robert and Jackie, the murders get closer and closer leaving little time to join the dots and find out who is behind them.

Dexter’s Final Cut is the seventh instalment of the hugely popular series by Jeff Lindsay, which of course the hit Showtime TV show is based on. Whilst the show has just come to an end, Lindsay is continuing with the books which should keep fans of both happy. For Dexter’s Final Cut, the titular character is thrown into the midst of Hollywood glamour which makes him question his life and his marriage to the ever-demanding Rita. Dexter is unusually drawn to Jackie Forrest and is assigned to be her bodyguard when it appears that the killer is targeting the star.

The version of Dexter here is one we didn’t feel all that familiar here. His kills are very scarce through the book instead focusing on the development of Dexter as a character. In many ways the story is one of forbidden love with murder surrounding it rather than keeping Dexter’s killer urges as the central theme. It’s an interesting perspective for the book to take and you do get to learn more about the kind of man Dexter is but it misses the oomph of previous books.

Unfortunately the plot twists in Dexter’s Final Cut just weren’t as good as we’re used to from Lindsay. We guessed fairly early on who the killer was and spotted all of the red herrings along the way. A good crime novel keeps you guessing until the final reveal, and whilst we still enjoyed the story, it was all a little too obvious. In fact the murderer is so obvious that we struggled to believe that Dexter didn’t work it out until the final moments as we were yelling at the book with around 60 pages left to read.

Dexter’s Final Cut is definitely not one of the best books in the series but it is a good read, despite the very obvious plot developments. It’s nice to reconnect with the characters that are similar in many ways, but very different from the TV versions. With the TV show now having come to an end it may be time for Lindsay to put Dexter to rest with Dexter’s Final Cut. The title suggests it could be but the cliffhanger in the final pages suggests there could be at least one more book to come.

In this article:Dexter, Jeff Lindsay