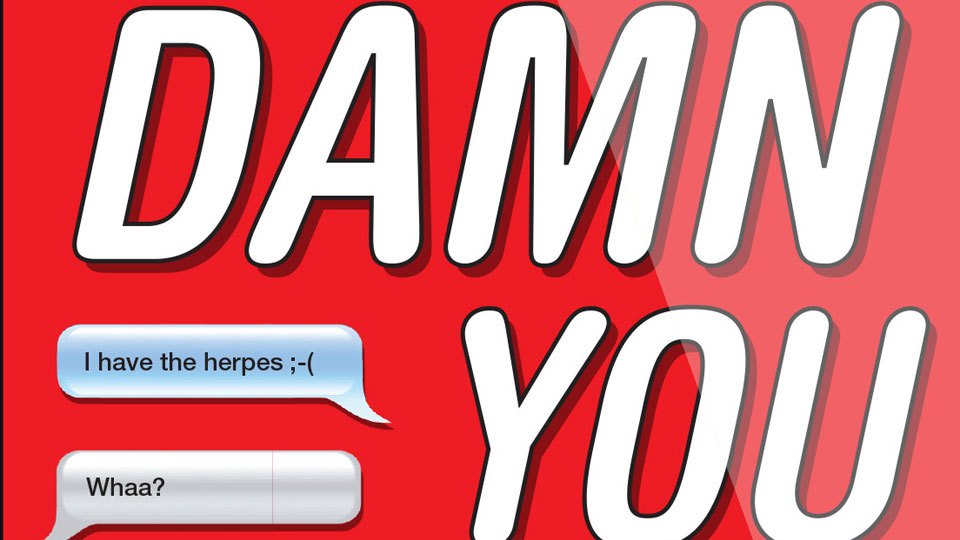 Damn You Autocorrect is a website we’ve had bookmarked and as an app on our smartphone for quite some time. For those not familiar with the site, it regularly updates with screenshots of perfectly innocent text conversations that go horribly wrong thanks to the autocorrect function built into smartphones. Often people are trying to have a normal conversation when autocorrect strikes and the result is often offensive, rude and just plain hilarious.

Lyndsey Saul, the editor of Damn You Autocorrect, has published a second volume of gems from the site in book form for our reading pleasure. Split into 9 sections – Family Time, Getting Friendly, Love in the Time of Text Messages, Kitchen Nightmare, That’s Entertainment, Taking Care of Business, TMI, Who, What Where? And Trail Fails – the book offers the most hilarious autocorrects from the site. If you’re unfamiliar with the site you may be reading this review and thinking how can this be so funny? Trust us it’s absolutely hilarious.

The section Family Time is perhaps the funniest and most cringe-worthy. One poor person had their mother texting them to say she was ‘baking your brothers cock’ as a birthday present when she actually meant cake. Even worse is that the mother doesn’t spot her error until much later into the conversation. These are the kinds of things no one ever wants to hear from their parents and this section is full of hilarious examples. Another text conversation accidentally points to a moment of inappropriate incest between a mother and son whose phones changes tucking into…well we’re sure you can guess.

Often the funniest autocorrects are those when the sender has no idea what they’ve text in the first place. This results in a drawn out conversation, or sheer autocorrect frustration, when the messages get even more and more bizarre. The final chapter Trail Fails is full of strings of text messages where a person simply can’t get their phone to say the right word. One unfortunate person has a real hard time saying ‘you’re welcome’ and comes out with something altogether more rude.

Damn You Autocorrect 2 is the kind of book that you give as a stocking filler at Christmas or keep on your coffee table for people to dip into. We struggled to read it in public as we laughed so hard that we actually cried at several moments. The book relies on you having an immature sense of humour and finding comedy in the dirtier side of life. Well we’re certainly the right target audience because we absolutely loved it.

Damn You Autocorrect 2 is by Lyndsey Saul and published by Virgin Books priced £6.99.

In this article:Damn You Autocorrect