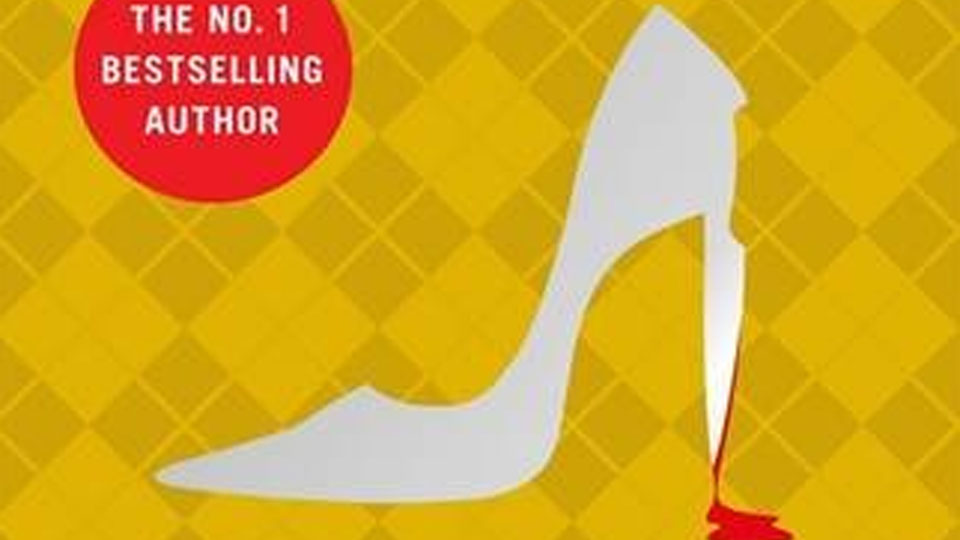 Aurora Teagarden finds herself once again thrust into the middle of a murder mystery when the body of Detective Sergeant Jack Burns is thrown from a plane landing in her back garden. What at first appears to be a random misfortune, soon turns into something all the more sinister when Roe suspects that someone is murdering people because they are fixated with her neighbour and friend Angel. Is Roe on the right track or are the murders even closer to home than she previously thought?

Dead Over Heels is the fifth book in Charlaine Harris’ Aurora Teagarden series. After the rather creepy and intriguing fourth instalment The Julius House, Harris throws Roe into another intricate murder mystery. Taking place some time after the fourth book, it seems that Roe has managed to enjoy a bit of peace and quiet now she’s married to Martin Bartell but of course that can’t last for too long.

As soon as Jack Burns’ body lands in her yard whilst she’s there with Angel, a series of events start to take place that have Roe trying to piece the puzzle together whilst Martin is away on business. The clues that someone has a fixation with either Angel or Roe herself, begin to get more and more personal until the gripping finale. Having to balance this latest mystery with a return to her job in the library, Roe finds her life busier than ever.

What has developed in this book is the friendship between Roe and Angel. In The Julius House Roe was surprised to learn that Angel and her partner Shelby had been brought to Lawrenceton to be her bodyguards by Martin. At first she thought they were just mysterious people from Martin’s past and it took her a long time to warm to, or become friendly with either of them. Now time has elapsed Roe and Angel have become fairly good friends and there’s a twist in Dead Over Heels that brings them closer together. We won’t reveal what it is but it’s a good one and we’re interested to see where Harris takes these characters next.

Dead Over Heels wasn’t quite as good a page turner as previous books in the series but it’s still a good read. Part of the reason we didn’t perhaps enjoy this instalment as much as the others is because we didn’t feel like it moved the characters along in the way that the last couple of books have. There’s less of a focus on character development but we’re sure Harris will return to that before the end of the series. The whodunit element is strong allowing you to suspect several characters before the culprit is revealed. There are also some nice twists along the way that throw spanners in various works for some of the main characters. If you’ve enjoyed the previous books you’ll still like this one, it just won’t be your favourite in the series.