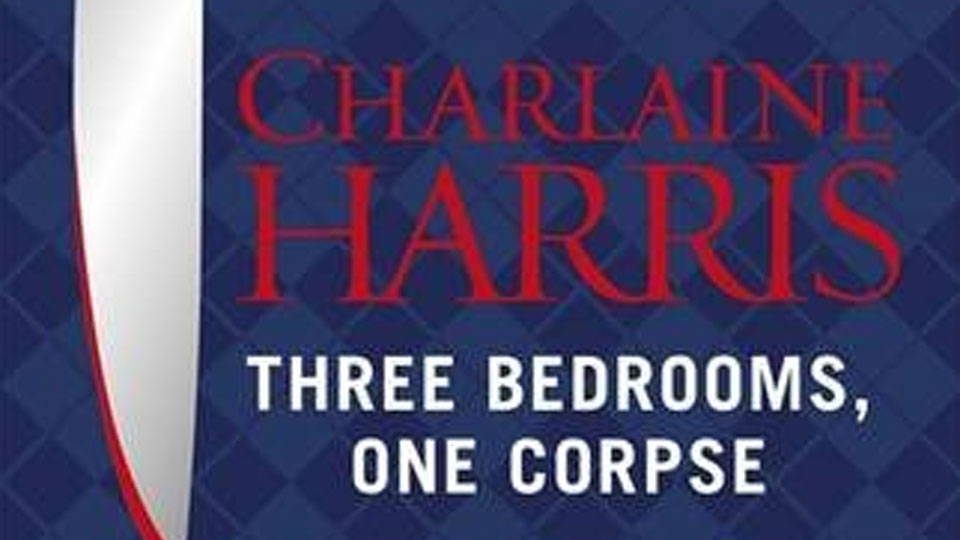 The adventures of former librarian Aurora Teagarden continue in the third book of Charlaine Harris’ murder mystery series. Three Bedrooms, One Corpse finds Aurora aka Roe changing her career after quitting working in the library thank to inheriting a fortune from elderly friend Jane Engle. Learning the ropes at her mother’s realty company, Roe is tasked with showing wealthy older man Martin Bartell around a vacant house. Accompanied by his sister, Martin finds himself drawn to Roe and she struggles to keep her feelings in check despite still dating minister Aubrey Scott. As Roe shows Martin and his sister round the old Anderton house, she is shocked to discover the dead body of a rival realtor in one of the bedrooms and finds herself plunged into the midst of another murder mystery.

Three Bedrooms, One Corpse contains with the fast pace of the previous two books and further develops the character, and story, of Aurora Teagarden. The third instalment sees her in a change of circumstances thanks to money and house she inherited from Jane Engle in the previous book A Bone To Pick. Having well and truly put the events of that book behind her, Roe finds herself having to make decisions about her life. She realises that her relationship with Aubrey has run its course, especially when she meets his new friend Emily Kaye who wants to purchase Jane’s house from her. The introduction to mysterious and wealthy Martin Bartell helps her move forward but she soon begins to worry that she doesn’t know her new beau all that well.

At the centre of the story is of course a murder. This time it’s that of a rival realtor who is known for cheating on her husband and is found in a kinky situation that could have led to her death. Of course Roe knows that there’s something more sinister than a sex act gone wrong and so begins her quest to find the killer. Alongside the murders there have also been thefts from the vacant properties and Roe thinks that the two must be linked to the same person. Is she right?

Harris really develops the character of Roe in Three Bedrooms, One Corpse. Moving away from the stricter formula of the first two books, this instalment feels a little freer in its story-telling now that the majority of the characters have been introduced properly. Much of the action takes place in and around Roe’s mother’s realty company so we get lots of interaction between the two this time. Mother is definitely one of the best characters in the series and her aloof ways often make you smile. We also get to meet a lot of other characters in this book who work at Mother’s realty company and of course we meet Martin Bartell and his sister Barby.

Fans of the Sookie Stackhouse books will be pleased to learn that Harris has always been able to write a sizzling sex scene and there are plenty in this book. In many ways the story sees Roe experience a sexual awakening that is built on lust and danger. Her escalating relationship with Martin is very different from her previous relationships and Harris injects the appropriate level of exciting into the proceedings.

Three Bedrooms, One Corpse is another fine instalment in the fantastic Aurora Teagarden series. We pretty much read the book from cover-to-cover in one sitting which is testament to what a skilled mystery writer Harris is. Weaving an intricate plot once again, and further expanding the always colourful world of Roe, Harris has crafted another winning mystery that is completely addictive. As we write this we’ve already nearly finished the fourth book in the series.