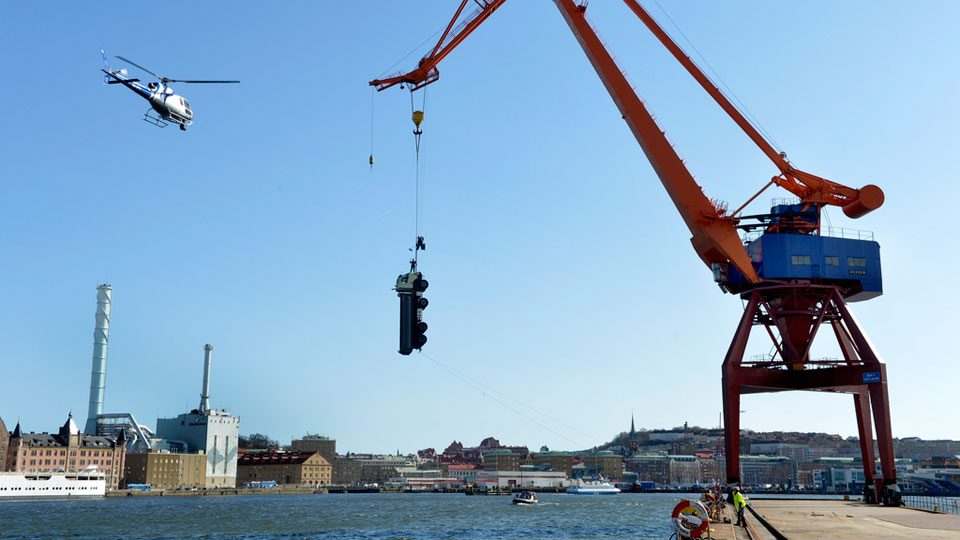 For the company’s latest stunt a 15 tonne Volvo Truck is dangled 20 meters above the water in Gothenburg harbor Sweden. Making it even more breath-taking is the fact the Nilsson is standing on top of the truck.

“Well, I have to admit I had butterflies in my tummy before the event. I’m no mountain-climber and I don’t like heights. But I’d promised to do the stunt so I couldn’t very well back out,” says Claes Nilsson.

The stunt was filmed from a helicopter. “The idea behind the film – called ‘The Hook’ – is that we wanted to show that the truck’s front towing hook is dimensioned to handle far greater stresses than those to which it is normally subjected. It’s all about spotlighting the strength and quality of our construction trucks. And you can’t do that more clearly than by hoisting the 15 tonne truck up into the air via its own towing hook,” explains Claes Nilsson.

The Hook (#TheHook) is the first in a series of new and daring video stunts aimed to showcase the performance of Volvo Trucks’ models in ways never seen before.

Take a look at the teaser below:

Avicii teams up with Volvo for Feeling Good music video