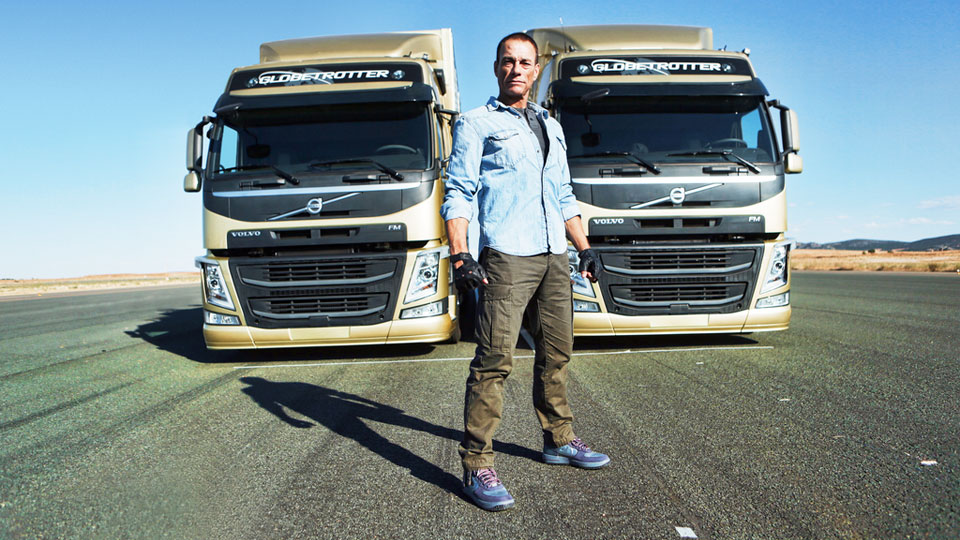 Just when you thought Volvo Trucks’ stunts couldn’t get any bigger and better they go and prove you wrong.

Following on from their recent jaw-dropping stunts, Volvo Trucks have unveiled their boldest stunt yet featuring actor Jean-Claude Van Damme. Titled The Epic Split, the film brings the comapny’s autumn product launch campaign to an end.

In The Epic Split, action-hero Jean-Claude Van Damme stands high above the ground with a foot on each side mirror of two golden Volvo FM Trucks speeding in reverse. Seemingly relaxed, Van Damme performs a world-first in this ground-breaking stunt.

Talking about the stunt, Van Damme says, “What you see is a body crafted to perfection. A pair of legs engineered to defy the laws of physics. And a mindset to master the most epic of splits.”

The stunt was captured in one take without any breaks following three days of rehearsals. The final stunt was completed in 15 minuts and demonstrates the remarkable stability and precision of Volvo Dynamic Steering.

“Compared with the previous Volvo Trucks’ films, which have a documentary style, we wanted to make something more poetic,” says Andreas Nilsson, the director behind ‘The Epic Split’. “The film is very clean and simple – there isn’t a lot of information and we just let the stunt illustrate what the trucks can do. It’s like a slow-moving, carefully choreographed modern dance.”

The Epic Split is the sixth live test from Volvo Trucks and follows previous stunts including the intense stunt featuring Charlie the hamster steering a Volvo truck.

Watch the incredible stunt below: